BNS EN
aA
Lithuania will have to improve its reputation that has been harmed by the country's inability to find common ground with its partners in Rail Baltica and to prove that it is not holding back the European standard-gauge railway project, Rokas Masiulis, the new transport minister, said. 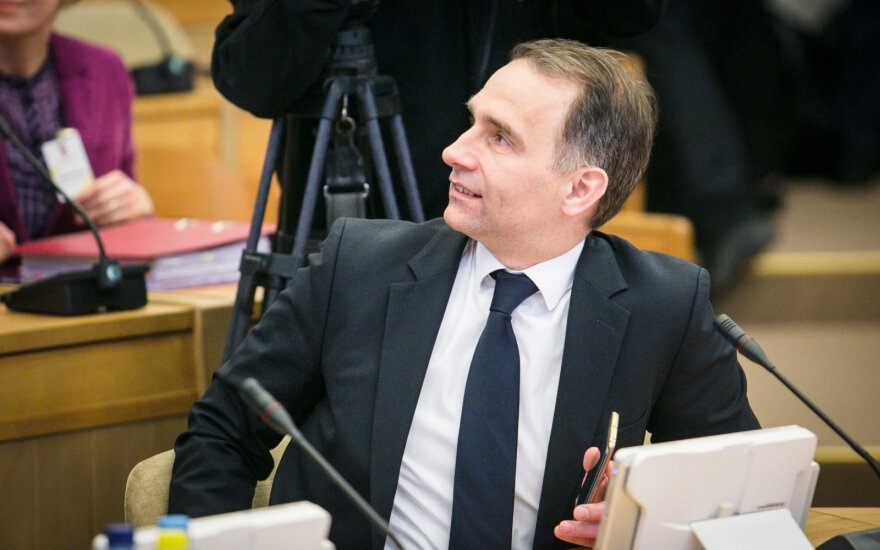 "The first thing to be fixed is Lithuania's reputation. Lithuania was accused -- perhaps in part rightly, but, I am sure, in part wrongly -- of acting as a brake on Rail Baltica. We did not always find agreement among ourselves: the ministry was at odds with the railway operator and the latter locked itself in a fortress, and we in Lithuania did not do our homework to look solid from outside. Other countries made use of this and Lithuania was blamed for the project's problems," he said in an interview with BNS.

Masiulis said that he would ask Lietuvos Geležinkeliai (Lithuanian Railways) and the Transport Ministry's staff to work to restore the country's reputation as a strong and reliable partner in the project.

"I will ask both Lietuvos Geležinkeliai and the ministry's staff to rebuild Lithuania's reputation so as to leave no chance for accusing us of anything and to be a leader for others to follow," he said.

Disagreements between the three Baltic countries started when Lithuania insisted on including a spur from Kaunas to Vilnius in the Rail Baltica project, which was eventually achieved after lengthy discussions.

Differences then emerged over the establishment of RB Baltic, a Baltic joint venture coordinating the project. Lithuania dropped its initial opposition to the idea of setting up such a joint venture, but it demanded that the VAT for the work done in Lithuania should stay in the country, rather than going to Latvia where RB Rail is based.

The countries reached an agreement on VAT and a public procurement model last September, a year later than expected. However, Stasys Dailydka, the then CEO of Lietuvos Geležinkeliai, did not want to sign the deal, saying that it was disadvantageous to the state railway company. He signed it after the European Commission threatened to suspend funding for Lithuanian for the project.

Lithuania also clashed with Baiba Rubesa, chairwoman of the management board at RB Rail. Dailydka said last May that RB Rail had become "a stumbling block" to the joint project and accused Rubesa of not working for the benefit of all three states.

Estonian Foreign Minister Jurgen Ligi believes that the Baltic countries will soon to finalize the...