Lithuania will buy more LNG shipments from US - Pence

BNS EN
aA
United States Vice-President Mike Pence said in Tallinn on Monday he was convinced that the shipment of liquefied natural gas (LNG) purchased by Lithuania from the US would be one of the many in the future. 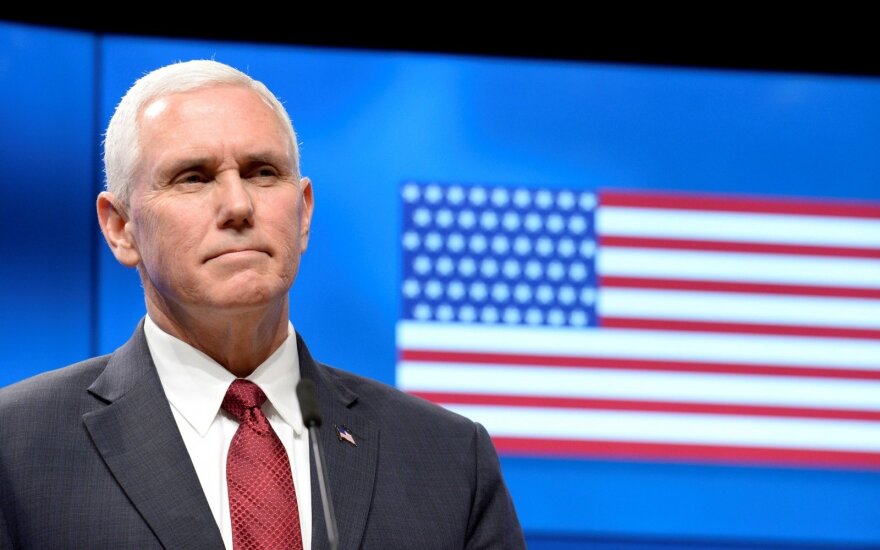 Speaking at a joint news conference with the presidents of the Baltic states, Pence stated that the shipment due to arrive in Lithuania in August would contribute to boosting regional energy security and stability.

"The president and I were pleased to see a Lithuanian firm's recent decision to purchase LNG from the US. And when the first delivery occurs next month it will benefit not only our prosperity, but it will contribute to regional security and stability," said the US vice-president.

In the second half of August, the LNG shipment purchased from US company Cheniere Marketing International will be delivered to the Lithuanian port of Klaipėda. The contract on supplies of about 140,000 cubic meters of LNG was signed by Lietuvos Duju Tiekimas (Lithuanian Gas Supply) in June.

In July, another contract with LNG trade company Natural Gas Fenosa was signed on gas supplies from the US on delivery of a similar-sized shipment in September.

After starting to export liquefied natural gas in February of 2017, the United States pledge to boost the exports volumes even further in the future.

The United States exported 5 billion cubic meters of LNG last year, the country currently operates a single exports terminal in Louisiana, with five more terminals under construction. Their aggregate annual capacity will be around 100 billion cubic meters. The projects should be concluded by 2021.

Buying gas from the US did not pay off before due to high prices caused by expensive transportation and liquefaction.

Baltic leaders to discuss defense, energy with US vice-president

Lithuania's President Dalia Grybauskaitė will Monday join her Baltic counterparts in for a meeting...