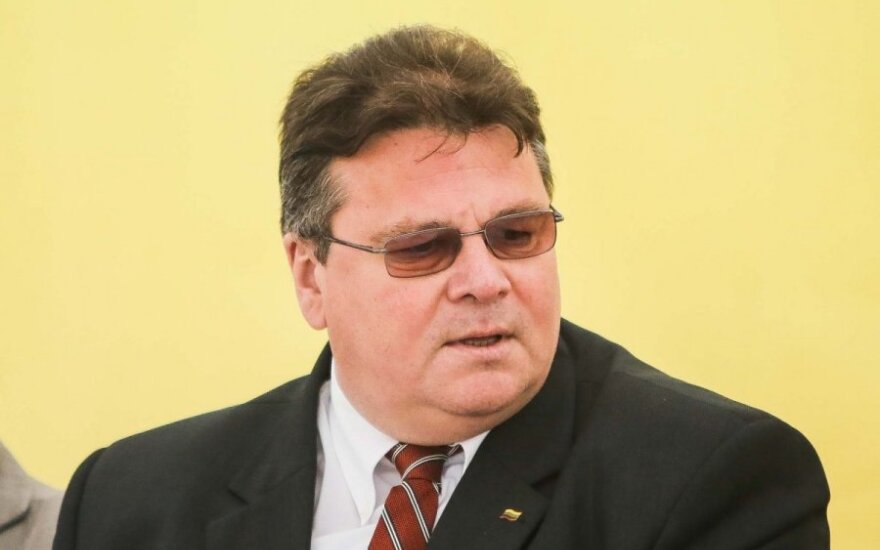 "If we give an impression that another country can dictate a choice, it would cause far more damage, as it would be a precedent taken by everyone for granted, and this just cannot be," the Lithuanian diplomacy chief told BNS in Brussels after Ukraine's foreign minister presented his country's Euro-Atlantic integration plans to his NATO counterparts.

In Linkevičius' words, the speech made by the Ukrainian foreign minister in a video conference "spoke very clearly about the Euro-Atlantic orientation, which answers the question about which direction Ukraine will go."

The Ukrainian ruling coalition's plans to seek NATO member-states drew a strong reaction from Russia, with sceptical opinions of some Western countries, which also said that this could escalate tensions in the relations with Moscow.

Ukraine's Ambassador to NATO Ihor Dolhov acknowledged that Kiev "cannot expect everyone to support his position tomorrow," expressing a hope that Ukraine will in the long run manage to persuade the West into developing closer ties.

"I hope that we will be able to prove that we are eligible, we are a good partner and we deserve to be within the European family and to be closer at this stage with NATO," the Ukrainian diplomat told BNS at a news conference in Brussels.

Ukraine has been seeking closer ties with NATO up until 2010, which marked accession to power of pro-Russian leader Viktor Yanukovych who said his country would not join any military blocs.