Lithuania wants to accept up to 200 refugees, according to interior minister

BNS
aA
Lithuania's Ministry of the Interior on Monday presented the government with a draft proposal which suggests accepting up to 200 refugees by 2018 in an effort to contribute to the resolution of the Mediterranean refugee crisis. 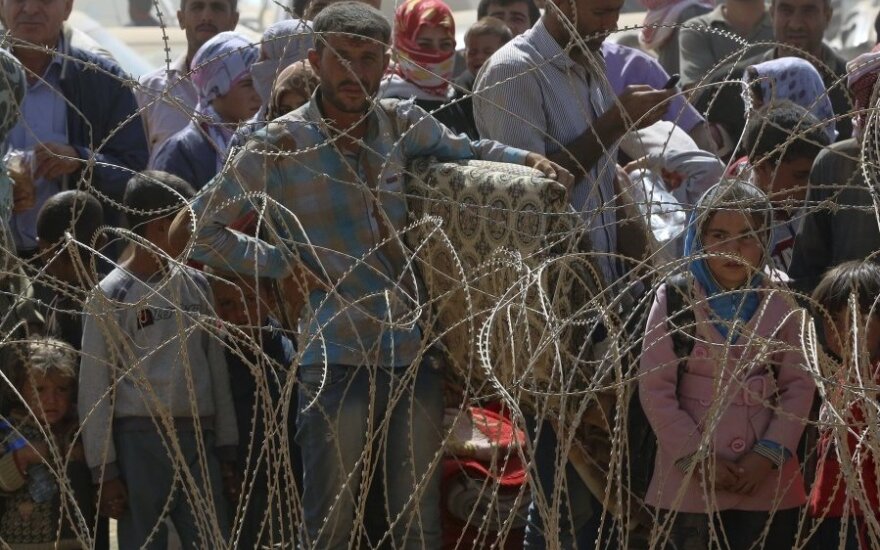 The document states that the European Commission would fund the relocation of refugees and would pay one-off payments, but the payment would be made only upon "proper accountability" to the Commission, meaning that until then the accepting state would have to fund the relocation.

The European Commission has pledged to pay EUR 6,000 per refugee for relocation.

The Lithuanian interior minister has calculated that the integration of one person, depending on their vulnerability, at the Refugees Reception Centre in Pabradė might take from 8 months to one year and from 13 to 60 months in the municipal territory.

The European Commission has asked member states to accept 20,000 Syrian refugees over the next two years and also process a share of the 40,000 asylum applications from Syrian and Eritrean citizens received by Italy and Greece.

Lithuanian President Dalia Grybauskaitė has said the country could accept up to 250 refugees. In her words, the number was arrived at based on the country's population and GDP.

Lithuania's Minister of Foreign Affairs Linas Linkevičius has criticised the idea that the country...

Lithuania could take in 250 refugees as a voluntary contribution to the European Union 's efforts...

Lithuania could take in up to 250 refugees , President Dalia Grybauskaitė says.

Prime minister says Lithuania could accept only up to 40 refugees

Prime Minister Algirdas Butkevičius says the number of refugees that could be relocated to...

Opinion: EU defends itself by attacking (2)

Recently, I was asked by radio journalist Aurimas Perednis what I thought about the issue of illegal...

Lithuania's foreign policy is not without some ambivalence. Vilnius aspires to be a regional leader...