BNS
aA
Lithuania wants closer ties with Israel but also calls on Israel to stop the expansion of Jewish settlements and disproportionate use of force in the ongoing conflict with the Palestinians, Lithuanian President Dalia Grybauskaitė says. 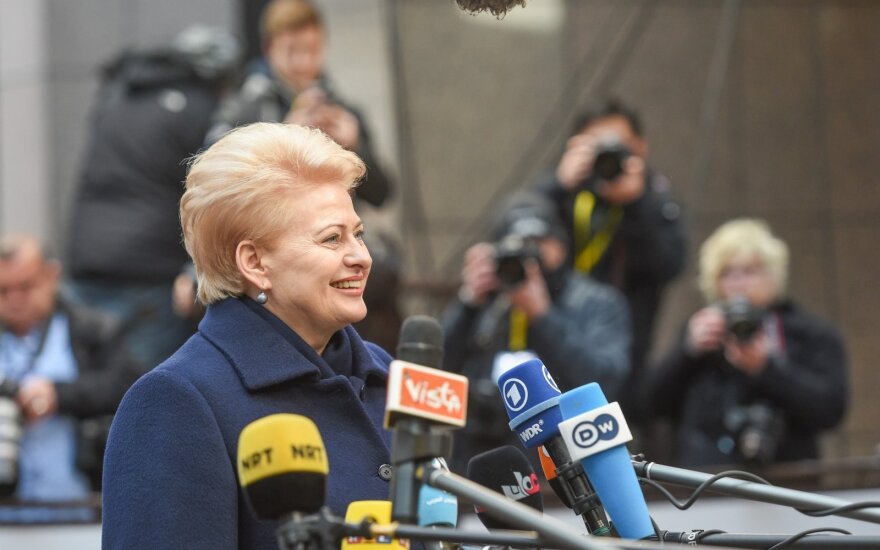 Such a position was expressed by the presidential office after the Lithuanian president's meeting with visiting Israeli Prime Minister Benjamin Netanyahu on Friday.

"Lithuania is interested in strengthening close political and economic ties with Israel, one of the most innovative and advanced countries in the world," the statement reads.

The presidential office also underlined that Lithuania is "a strong supporter of dialogue between Israel and the European Union", criticizing, however, Israel over the expansion of Jewish settlements in the West Bank and violence in the Gaza Strip.

"The settlements in the West Bank continue to expand, (…) violating international law and undermining efforts to secure peace. The European Union condemns such expansion," the presidential office said.

"The international community calls on both side to stop violence in the Gaza Strip, respect the right to peaceful demonstrations, refrain from the use of disproportionate force and comply with international humanitarian law," the statement said.

The Lithuanian presidential office reiterated its position, stating that the Jerusalem issue must be resolved through talks on the two-state solution for Israel and Palestine.

Lithuania is initiating a meeting of EU and Israeli ministers to discuss terrorism threats and...

Iran offers Lithuania to open embassies in Vilnius and Teheran

Iran has offered Lithuania to open their respective embassies in Vilnius and Teheran to step up...