BNS EN
aA
Lithuania and the United States expect to sign an agreement on the status of American troops before the January 20 inauguration of Donald Trump as US president. 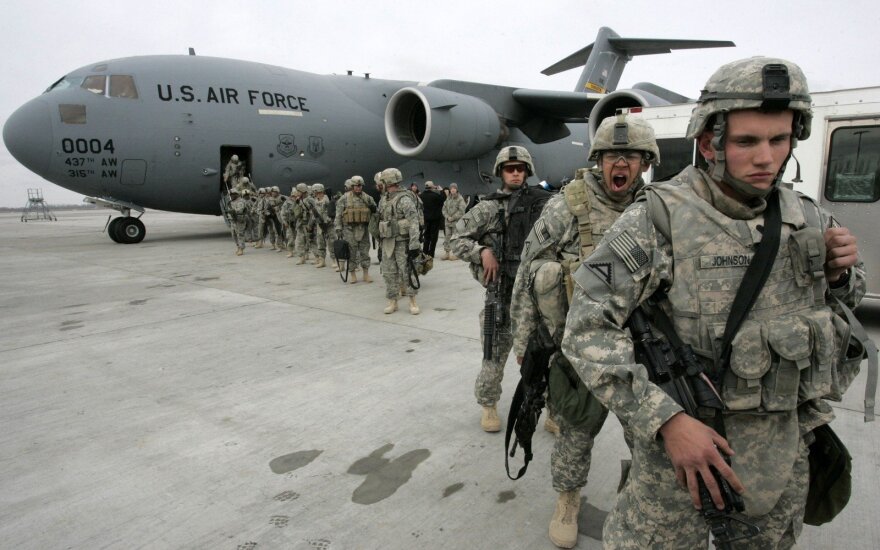 "There is consensus between us and the US negotiators that it would be appropriate to finalize this while the current administration is still in office," a Lithuanian defence official said on Tuesday.

According to officials, this deadline has been set because of the possibility of this issue being pushed to the bottom of the political agenda when the new administration takes office.

The officials spoke on condition of anonymity due to the sensitivity of the matter as the talks are still ongoing.

The bilateral agreement on cooperation in the field of defense, called by military officers and diplomats as a "bilateral SOFA", is being prepared at the US initiative. It defines the legal status of US military personnel and their families.

The agreement gives the US jurisdiction over crimes committed by its military personnel, but allows Lithuania as the host nation to take over jurisdiction in cases of particular importance to it. The document also gives the US the right to use certain military facilities, although these facilities remain in the ownership of Lithuania.

The US signs such agreements with many countries where its troops are stationed. Lithuanian defense officials dismiss doubts that Lithuania is thus giving up its sovereignty.

"We are hosting the US troops so that they help protect our sovereignty," an official said.

A company-sized US unit will be deployed to Lithuania next year, just like in previous years, and a battalion from a brigade stationed in Poland will often come to Lithuania for exercises.

The Lithuanian parliament on Thursday passed a resolution congratulating US President-elect Donald...