BNS
aA
The European Union's (EU) financial plan for Ukraine, which is informally titled as the new Marshall Plan, has become a European initiative thanks to Lithuania, says Ukraine's Ambassador to Vilnius Volodymyr Yatsenkivski. 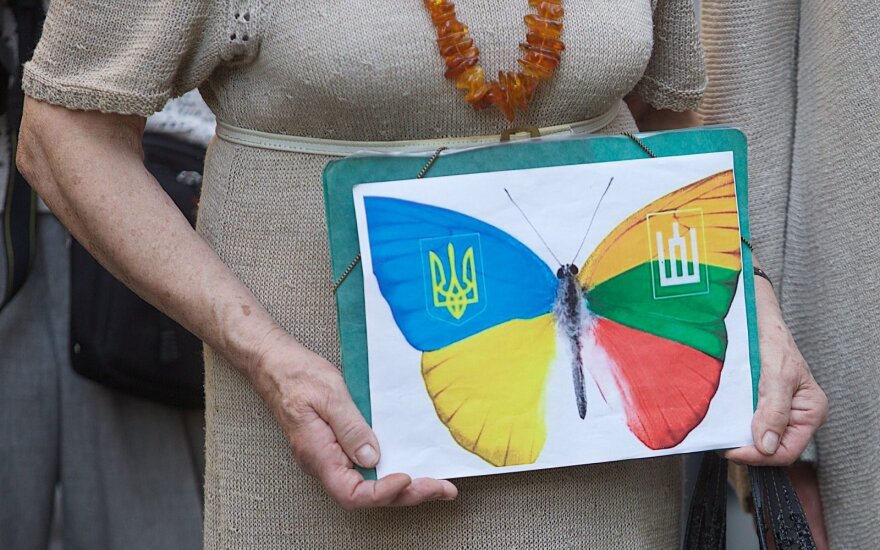 "First of all I'd like to underline that it has a very good and a very important name, it was a Lithuanian plan for Ukraine for the years 2017–2020 and then it became a European plan, again thanks to the efforts of the Lithuanian side," Yatsenkivski told journalists at the Lithuanian parliament on Monday.

Initiated by Lithuanian politicians, the Marshall Plan for Ukraine was on Monday presented to ambassadors of Western countries and states of the Eastern Partnership Program. Under the plan, Ukraine should be granted 50 billion euros over a decade starting 2018, with the investment intended for small- and medium-sized businesses.

The Lithuanian politicians and diplomats aim to secure support to the Marshall Plan for Ukraine during the EU Eastern Partnership Program summit later in November.

Lithuania's Foreign Minister Linas Linkevičius emphasized the importance of accelerating the support to Ukraine, as time was not an ally in this situation.

"It is very important for us to ensure efficiency of the support that enters Ukraine and to see donors willingly providing money for the plan, they should not fear the bureaucracy and corruption that still exist. At the same time, we see that time is not our ally, as people are tired of war, of bureaucracy and of deprivation," Linkevičius told Vilnius journalists.

Since the spring of 2014, Ukraine has been fighting Moscow-supported separatists in Eastern part of the country. At the beginning of that year, Moscow annexed the Crimean peninsula after Moscow-supported Ukrainian president Viktor Yanukovych was removed in Kiev.

Lithuanian politicians who have proposed a plan of European Union's (EU) financial aid to Ukraine...