BNS EN
aA
Lithuania's updated National Security Strategy will highlight corruption and social exclusion as threats, the chairman of the parliament's Committee on National Security and Defence said on January 9. 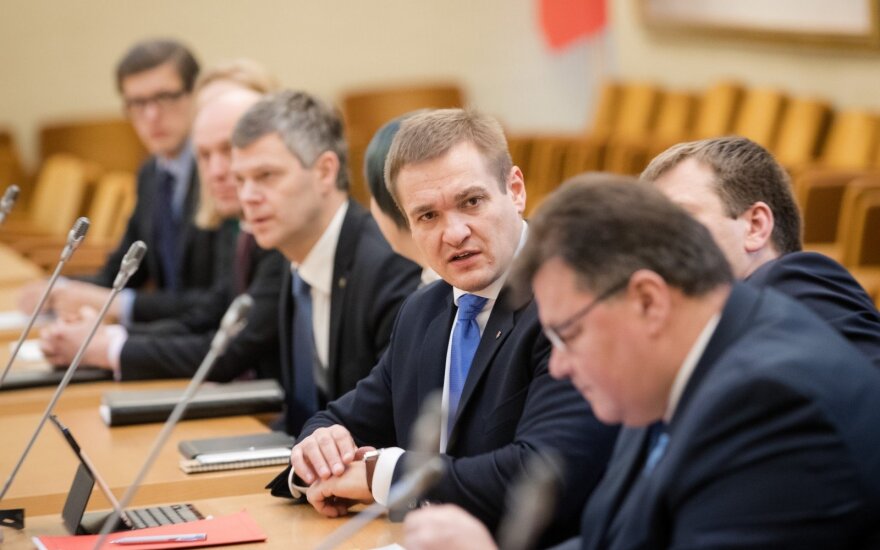 "Compared with the document drafted by the earlier government, the new document states that corruption is eroding the state from within. We should calculate the damage that corruption is causing to the state. The Special Investigation Service chief mentioned that this could amount to around 20 percent of the national budget. These are huge losses," Vytautas Bakas told reporters after a meeting on the updated strategy.

"The second aspect that was given more focus is social exclusion and poverty," he said.

The updated strategy was drafted by the previous government to bring it into line with the security situation which has changed since 2012, when the document was last reviewed.

Darius Jauniškis, director of the State Security Department, says that the threats identified in the strategy have been well-known and that his department wants "more scope to act" in combating these threats.

The parliament will start debating the updated strategy on Thursday, but lawmakers will be asked to adjourn the debate on the draft so that it could be supplemented, Seimas Speaker Viktoras Pranckietis said.

Defence Minister Raimundas Karoblis, who also took part in the meeting, underlined that there is a political consensus on the strategy.

"I am glad to say that we have a complete consensus and I hope that the Seimas will adopt the strategy," he said.

The updated document sets the goal of meeting NATO's 2 percent of GDP target for defence spending as soon as in 2018.

The minister said that there will be more clarity about the outlook for raising defence spending after 2018 when discussions on the state's 2019 budget start.

According to the updated strategy, the Lithuanian security environment is particularly adversely affected by "the Russian Federation's actions violating the international standards and destroying the security architecture in Europe that is based on rules."

The strategy was approved by the State Defence Council last September and later by the government. The document is yet to be passed by the parliament.

After the Russia n actions changed the security situation in Lithuania for the worse, troops of the...

Lithuania should boost input to intl operations -Minister of Defence