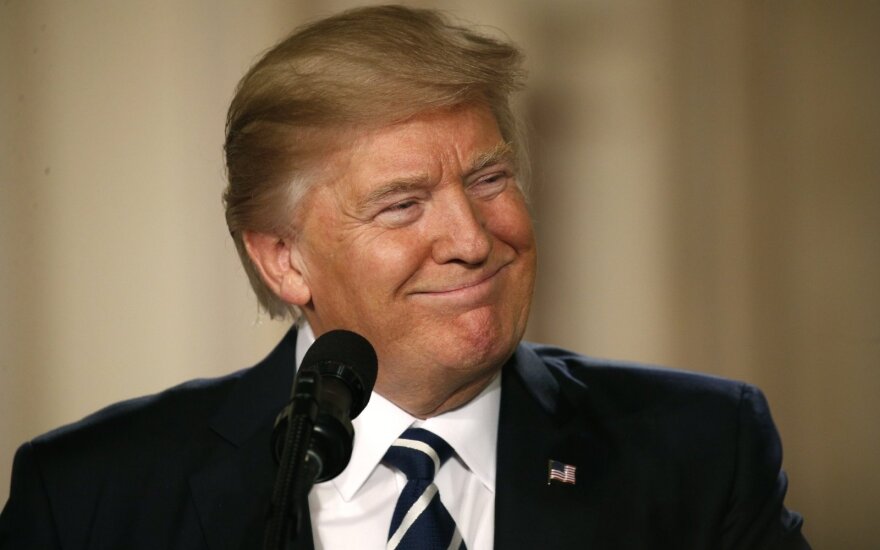 "I've always said: let's look at what is being done, not said. And a lot is being done today: today and on Tuesday we saw US troops in our territory, over 4,000 US soldiers were just stationed in Poland near Lithuania's border, very close indeed, so that they could help us if necessary, we see equipment being shipped to Europe. So this is something we expected and this is the commitment of the earlier administration," Grybauskaitė told Riga journalists on Thursday.

"We trust the new administration, no matter what takes place in public, whatever is said," she added.

Next week, the presidents of Lithuania, Latvia and Estonia will meet with US Vice-President Mike Pence in the framework of the Munich Security Conference. Grybauskaitė said: "We have something to say and something to ask."

"We will have a superb opportunity to voice our stance, our needs and present what we do ourselves. The Baltic states are the example of fast investment in own defense," she noted.

Speaking at the joint news conference of the three Baltic presidents and the German president, Grybauskaitė again thanked Germany's President Joachim Gauck and Chancellor Angel Merkel for sending troops to the international NATO battalion stationed in Lithuania and for "taking political leadership." She emphasized the need for Lithuania to invest in its safety before expecting help from partners.

Germany is leading NATO's forward presence battalion that is being deployed in Lithuania. Canada will lead a multi-national battalion in Latvia, Britain in Estonia, and the United States in Poland. The US has been stationing a company of troops in Lithuania since 2014. A battalion from the brigade being stationed in Poland this year will also visit Lithuania on a frequent basis for exercises. The president hopes that the parliament will next week discuss the agreement on the status of US troops in Lithuania.