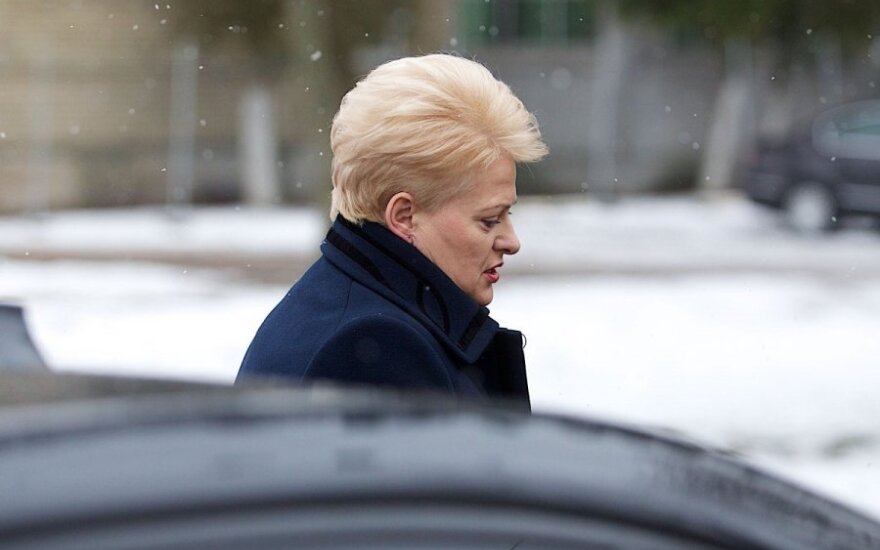 "The European Union and European nations have always responded to any deterioration of the situation in Eastern Ukraine, the Russian aggression and Russian support to the structures, which we and Ukraine have declared terrorist," Grybauskaitė told Vilnius journalists on Thursday when asked about the need to tighten sanctions on Russia.

"European foreign ministers are having a discussion today, and Lithuania, just like the rest of the countries, will state its strong position and European leaders will meet on 12 February to discuss this, and everything will depend on the situation, on the Russian actions. However, it seems from what we see that the situation keeps escalating," said the president.

Later on Thursday, Brussels is hosting an extraordinary meeting of the EU Foreign Affairs Council, which will discuss new sanctions for Russia.

The new measures are discussed in the light of the worsening situation in Eastern Ukraine following demolition of the Donetsk airport and shelling of the port city of Mariupol, which claimed 30 civilian lives.

EU took sanctions on Moscow after Russia annexed the Crimean peninsula in Ukraine last March, significantly tightening them after a Malaysia Airlines passenger jet was shot down in Eastern Ukraine last July.

Ukraine hopes for the European Union 's unity in retaining and tightening sanctions against Russia...