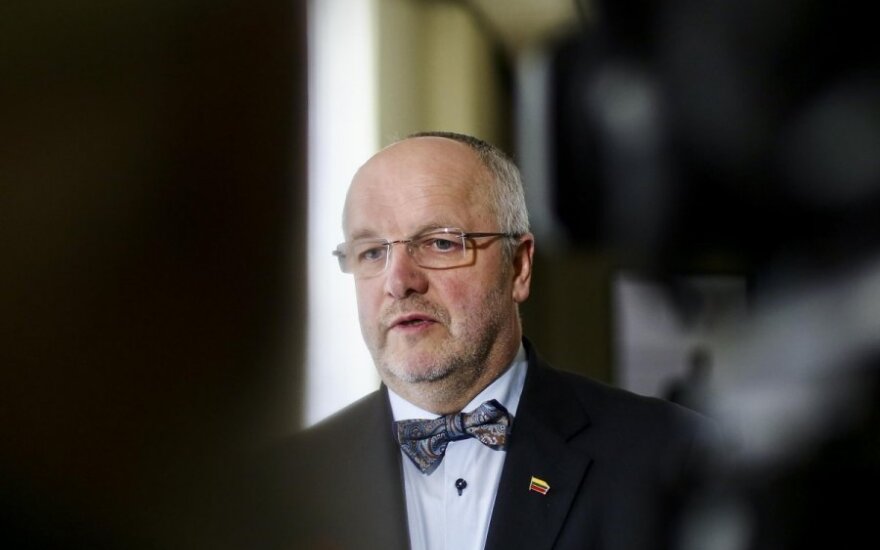 "We have agreed to send our experts not only to army units but also to the ministry to share our experience of being a NATO member," Olekas told BNS by phone from Ukraine following a meeting with his Ukrainian counterpart.

In his words, Vilnius plans to delegate "several" experts who would include both military and civilians. They would help to "resolve problems arising on the strategic level," Olekas said.

The meetings also touched upon the trilateral Lithuanian-Polish-Ukrainian brigade. In his words, the countries hope to "as early as this summer start joint work at the headquarters" situated in the Polish city of Lublin.

According to the Lithuanian defense minister, the existing situation in eastern Ukraine is relatively peaceful, despite almost daily violations of the truce.

"The situation is calmer, compared to what we had before the truce declaration. Unfortunately, violations take place daily," he said.

Ukraine is watching the supply of arms to separatist and their training, Olekas said.

UN figures show the ongoing war in eastern Ukraine has led to the death of over 6,000 people. The West claim Russia is supplying pro-Russian separatists with arms and helping them to fight with Ukrainian government forces, which Moscow denies.

When attending the NATO Week opening event at the National University of Defence of Ukraine Minister...

Lithuanian defence minister and chief of defence to visit Ukraine