BNS EN
aA
Lithuania will seek that sanctions for Russia are continued until it "withdraws from the illegally occupied territory of Ukraine," Lithuania's Foreign Ministry said in a statement on Tuesday, marking three years of occupation of Crimea. 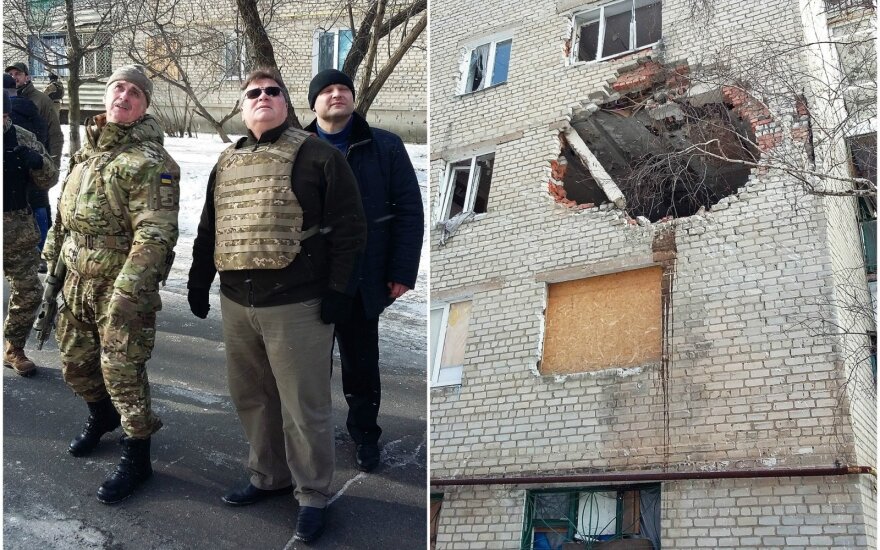 "Lithuania strongly supports Ukraine's sovereignty, independence and territorial integrity. In support of Ukraine, we will consistently maintain the non-recognition policy of the illegal annexation and occupation of Crimea that began three years ago. We will aim to maintain the EU and international sanctions against the Russian Federation in response to the illegal annexation of the peninsula until Russia withdraws from the illegally occupied territory of Ukraine," reads the statement.

The document also condemns violations of fundamental human rights, freedoms of media, expression, peaceful assembly, religion, and belief, as well as the persecution of the Crimean Tatars. The ministry expressed concerns over the illegally imprisoned Ukrainian citizens in Crimea, the detention, and interrogation of journalists, who speak up for Ukraine's territorial integrity, as well as the ban on international human rights organizations monitoring the human rights situation in Crimea.

"The illegal actions of the Russian Federation not only undermine bilateral and multilateral agreements on ensuring the sovereignty and territorial integrity of Ukraine, but also pose threats to security and stability in Europe as a whole," said the Lithuanian Foreign Ministry.

Russia annexed Crimea in 2014 after overthrow of the Moscow-supported president Viktor Yanukovych. After Russia sent in troops to the Ukrainian region of Crimea, a vote on Ukraine's annexation to Russia was held, however, never recognized by the international community.

The occupation of Crimea triggered a military conflict in Ukraine's East where Russian-supported separatists founded the republics of Donetsk and Luhansk.

Ukraine is in need of constant attention and support, Lithuania's Foreign Minister Linas...