BNS
aA
Lithuania will Monday preside over the meeting of the United Nations (UN) Security Council on the crisis in the Mediterranean Sea, where thousands of migrants have perished while trying to cross from North Africa to Europe. 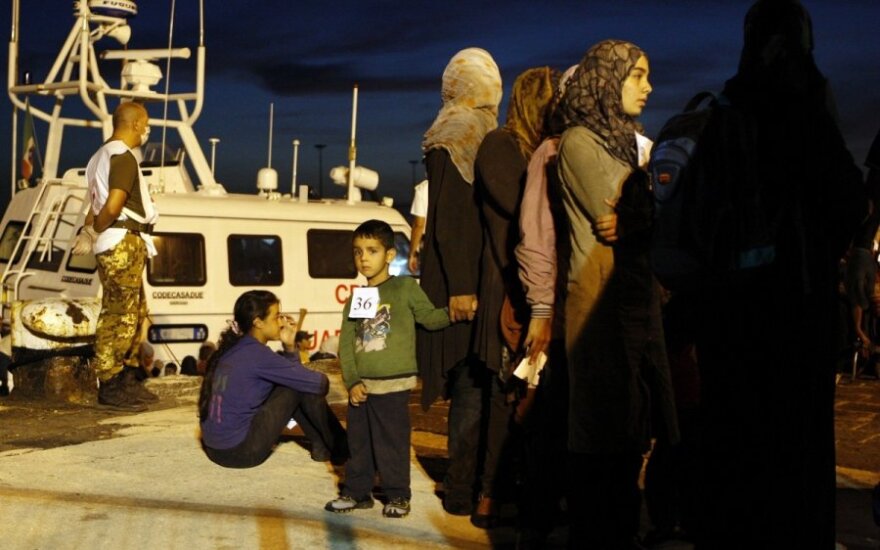 At the meeting in New York, the European Union's (EU) plan will be presented by the organization's foreign policy chief Federica Mogherini.

On the eve of the summit, Lithuania's Foreign Minister Linas Linkevičius told BNS that Lithuania was holding active consultations with the EU's member-states in the UN Security Council, namely, the United Kingdom, France and Spain.

In his words, Lithuania supports the proposal to destroy the ships used by criminal groups to transport illegal migrants.

"Our stance is that we should not only fight the consequences of the problem but also the causes, to be more exact – we should combat tools of the criminal gangs, the ships, we should apply Chapter 7 (of the United Nations Charter) that speaks about the use of force against human smugglers and criminals," the minister told BNS.

More than 5,000 illegal migrants have been killed over the past 18 months while attempting to reach coasts of southern Europe.

In 2014 and 2015, Lithuania is a non-permanent member of the UN Security Council, holding presidency over the institution in May.

The EU is also considering the possibility of imposing refugee quotas to ease the burden of Southern European nations. AP news agency said Estonia and Slovakia had already stated objection to the plan.

Linkevičius refused to comment on the Lithuanian stance in this respect, saying "this will require consultations, the issue is too subtle to give an immediate answer to".

Lithuania's Interior Vice-Minister Elvidas Jankevicius told BNS that the position earlier approved by the parliament is still in effect – Lithuania participates the refugee resettlement program on a voluntary, not mandatory basis.

"The parliament has endorsed voluntary participation in the refugee resettlement program. Should the position be revised, it will be changed, however, will require approval from the parliament. Our position is the same as that of the Seimas – we cannot have a different one," the vice-minister told BNS.