(1)
BNS
aA
The parliamentary European Affairs Committee on Friday gave a green light to the plan to receive 1,105 refugees in Lithuania over the next two years. However, it rejected the permanent mandatory system of migrant quotas proposed by Brussels and Germany. 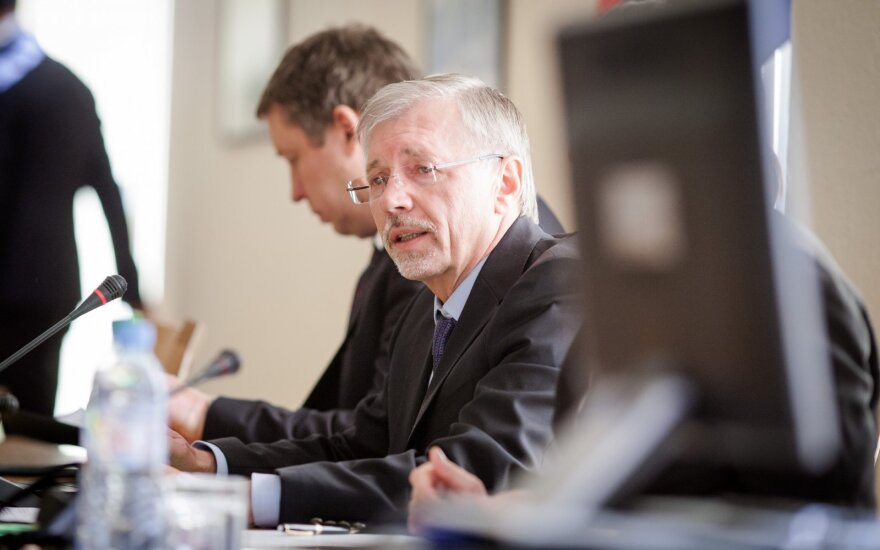 "The number has been approved. However, we will not approve the mechanism of automatic distribution under discussion. There will probably be a council debate on the matter," the committee's chairman Gediminas Kirkilas of the Social Democrats told journalists after the meeting.

In Kirkilas' words, the permanent system is unacceptable for Lithuania due to the possibility of a sharp increase in refugee flow in the future.

"Nobody knows what the refugee flow will be, etc. The other issue is that this requires preparations. We need to prepare for the incoming thousand, although they are not coming all at once. Another thing is that selection is very important," said Kirkilas.

Interior Minister Saulius Skvernelis said at the meeting that reaching an agreement in Brussels on Monday would be difficult.

On Friday, members of the political group of the Labour Party announced their plan to vote against the current scheme of refugee resettlement. In their words, there has to be a prior plan with clear resettlement criteria that would apply to all EU member-states.

They said the EC-proposed plan is faulty, as it does not envisage any final numbers of refugees, does not include a detailed financing plan or further steps of fighting consequences of the refugee crisis.

Lithuania intends to speak against the permanent mechanism that would empower the European Commission...

As thousands of refugees fleeing wars in the Middle East and Africa arrive in Europe, Lithuania,...

Lithuania's government on Thursday gave a green light to resettling 1,105 refugees from countries...