the Lithuania Tribune
aA
On Thursday, Lithuania is taking charge of Standing NATO Mine Counter-Measures Group ONE (SNMCMG1). Commander Giedrius Premeneckas of the Lithuanian Navy will take over as Commander SNMCMG1 from German Navy Commander Gunther Brassel, the Ministry of National Defence informs. 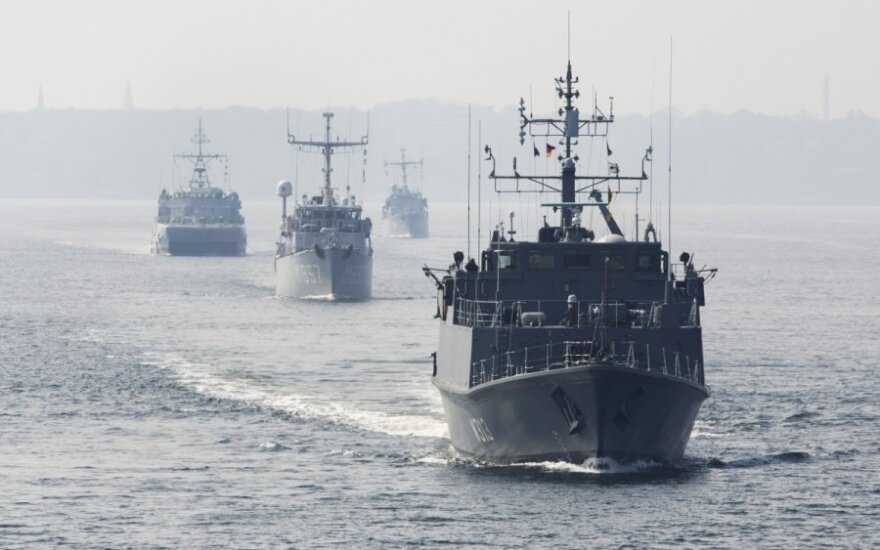 This is the first time that the Lithuanian Navy takes command of one of NATO's Standing Naval Forces.

The change of command ceremony will be conducted by NATO Allied Maritime Command's Deputy Chief of Staff Submarines, Rear Admiral Robert Kamensky, a the Central Klaipėda Terminal with participation of crews from 8 SNMCMG1 ships and international SNMCMG1 staff.

Commander Premeneckas will be leading SNMCMG1 from SNMCMG1's new flagship, the Lithuanian Minelayer LNS JOTVINGIS that will also host aboard the international SNMCMG1 staff comprised of eight Lithuanians and five members sent by Estonia, Latvia, Norway, Turkey and Germany.

Prior to mooring in Klaipėda the Group has provided a constant NATO presence in the Baltic, enhancing maritime security and assuring Allies of NATO's solidarity and commitment to collective defence.

SNMCMG1 under Lithuania's command will be taking part in different exercises in Finland, the United Kingdom, complete a mine sweeping operation off the coast of France, attend SNMCMG1 tactical training events, etc.

Lithuania's priorities for upcoming NATO summit presented to US military

A Russian submarine and corvette were detected near Latvia 's economic zone on Sudnay, informs LETA,...

Results of a poll commissioned by the Ministry of National Defence show that the majority of...

Polish Mig-29 fighter jets scrambled from the Lithuanian Air Force Aviation Base in northern part of...

A German warship FGS Elbe, which heads the Standing NATO Mine Counter-Measures Group ONE (SNMCMG1),...