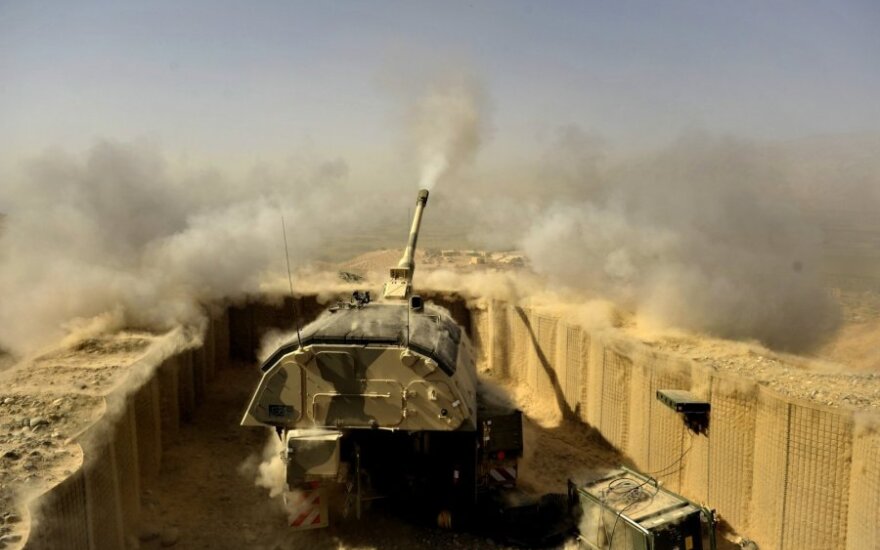 Under the contract, 16.2 million euros will be paid to Germany for 21 howitzers, 26 M577 V2 armoured command vehicles and six BPZ2 recovery tanks.

The first howitzers are expected to reach Lithuania's Armed Forces next year.

Lithuania's Defence Minister Juozas Olekas told journalists after the signing ceremony that Lithuania had turned to Germany over the howitzers back in February, thanking Germany "for understanding and very fast drafting of the contact."

Germany's Ambassador Jutta Schmitz said that the deal "embpasizes the intensity and importance of cooperation." "I hope that the cooperation will remain just as good and just as successful in the future," the ambassador told journalists.

Lithuania intends to spend over 40 million euros on modernization of the equipment, installation of battlefield management system and communications and control equipment, for adjusting military infrastructure for the new howitzers and for training personnel to operate them.

Within the coming weeks, Lithuania's administration should decide on the purchase of armoured fighting vehicles, which may become the biggest contract in the Lithuanian army's history. German Boxer vehicles are listed as favorites in the deal.

Olekas said on Tuesday that the two acquisitions were not related. "These are entirely separate acquisitions, I think they will both be successful with good prices," said the minister.

Next year, Lithuania's defence budget should grow by 35 percent to 574 million euros.