BNS EN
aA
Lithuania's Prime Minister Saulius Skvernelis has given a skeptical view of the initiative registered at the parliament to establish the institute of Passport of Lithuanian, saying the problem should be solved by finally allowing dual citizenship. 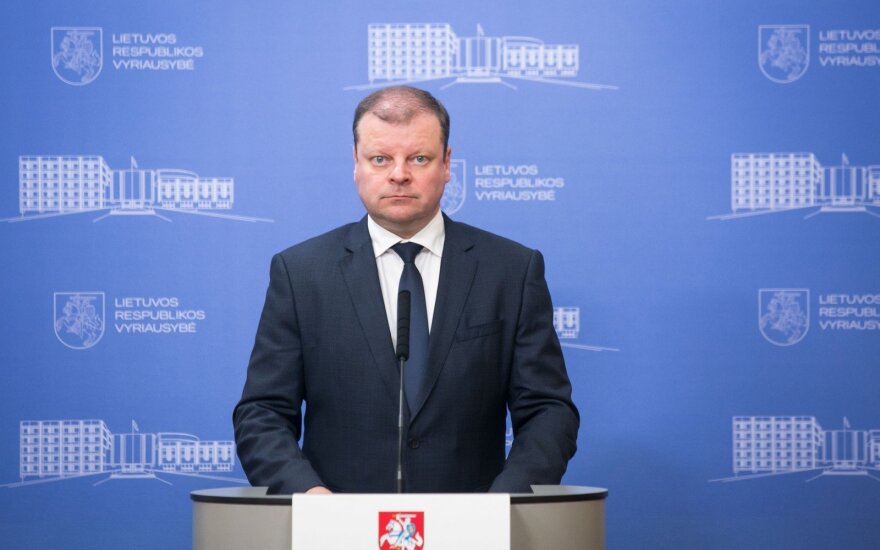 "I believe we should solve the issue in connection to having dual citizenship and we won't have to think of anything new," Skvernelis told journalists on Tuesday in comment of the new bill proposed by some members of the ruling political group of the Lithuanian Farmers and Greens Union and the Social Democratic Party.

According to the proposal, this would provide an alternative to emigrants of Lithuanian origin who do not have Lithuanian citizenship. The passport would provide emigrants with nearly all rights enjoyed by citizens, except for the right to run for and vote in elections, however, would still be able to be candidates for municipal councils.

"The card may benefit someone who consciously gave up his citizenship or was forced to choose another citizenship, however, it is not a card or a document that determines a person's connection to his home country. As a matter of fact, we should solve the problem by managing to close the decade-long story of dual citizenship," said the prime minister.

Lithuania's parliament has lately been discussing the possibility to considerably expand the circle of individuals eligible for dual citizenship of Lithuania and another country. After discussions, the parliament has turned to the Constitutional Court for an explanation whether dual citizenship can be allowed for Lithuanian citizens who emigrated to countries of the European Union (EU) and NATO after the country regained independence in 1990.

The Constitutional Court has concluded that dual citizenship is only possible in exceptional cases, and any changes to the scheme would require amending the Constitution – a move that can only be made by way of referendum.

The Lithuanian parliament on Tuesday asked the Constitutional Court to look at whether it is...

MPs to turn to Constitutional Court over broader dual citizenship

Lithuanian parliamentarians intend to turn to the Constitutional Court for yet another...