BNS
aA
Lithuanian officials say it is still too early to discuss whether troops of the tri-national Lithuanian, Polish and Ukrainian brigade could be sent to a possible United Nations (UN) operation in Eastern Ukraine. 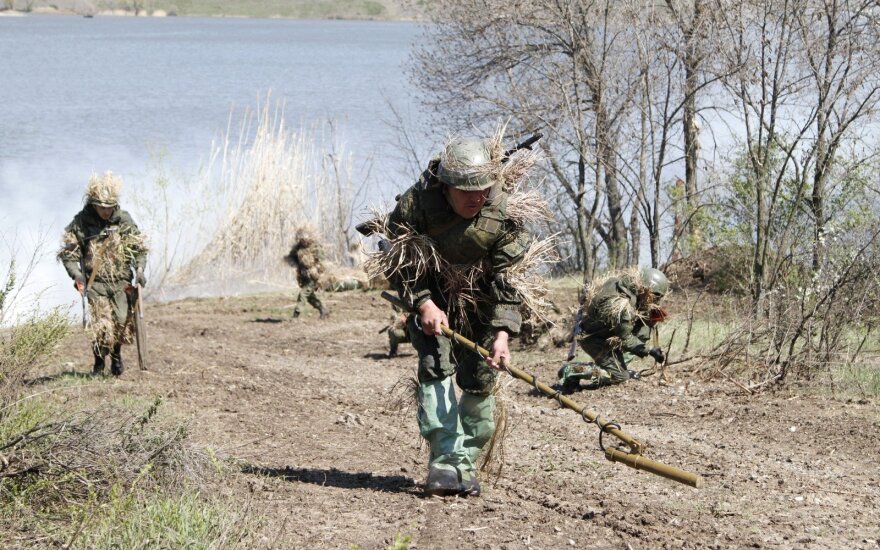 In the Eastern Ukraine
© Reuters / Scanpix

The issue has been raised by the Ukrainian side, the Lithuanian Defense Ministry has confirmed to BNS.

"Lithuania speaks for future participation of the joint Lithuanian, Polish and Ukrainian brigade in international operations, however, no decisions on its possible use have been made in this phase of the brigade's development," the ministry's Public Relations Division said in response to an inquiry from BNS.

"The issue of the possible use of the tri-national brigade of Konstanty Ostrogski in the UN operation in Eastern Ukraine has been raised by the Ukrainian side, however, the Ministry of National Defense believes the possibility can only be discussed after the international community decides on the character, objectives and participating countries of the future mission in Eastern Ukraine," said the ministry.

In early September, Russia's President Vladimir Putin suggested that the UN forces in Eastern Ukraine could operate at the contact line. Kiev says the peace-keeping mission in Eastern Ukraine should ensure safety of the Ukrainian-Russian border, adding that Russians should not be involved in the mission.

Around 600 international observers from the Organization for Security and Cooperation in Europe (OSCE), however, their arrival did not help settle the conflict that has claimed more than 10,000 lives since 2014.

The tri-national brigade was established in September of 2014. Earlier this year, ministers of Lithuania, Poland and Ukraine announced that the brigade or its elements could be used in international operations.