BNS
aA
Lithuania's justice minister, its prosecutor general and a judicial official are going to the European Parliament next week to ask for solidarity in protecting Lithuanian judges and prosecutors involved in the January 1991 crackdown case from Russia's persecution. 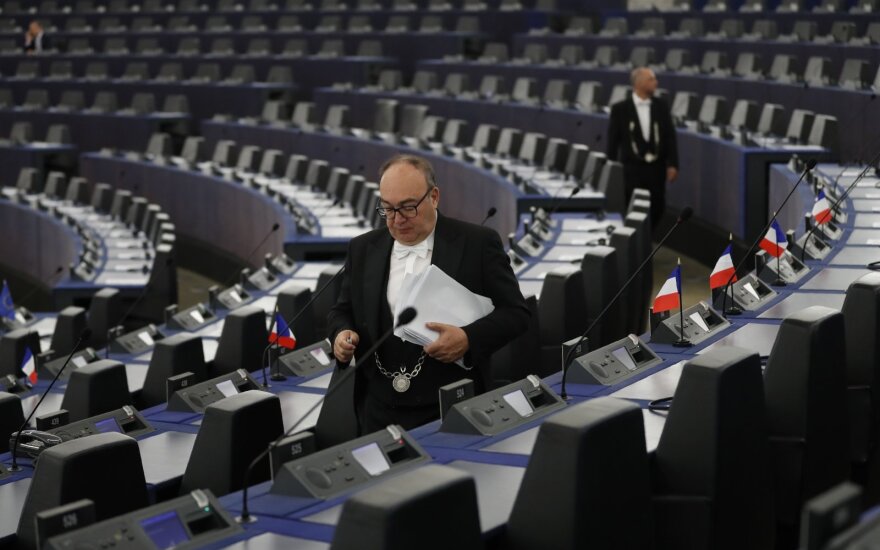 The European Parliament's Committee on Civil Liberties, Justice and Home Affairs is scheduled to discuss the issue next Tuesday.

Justice Minister Elvinas Jankevicius has told BNS that he will go to Brussels together with Prosecutor General Evaldas Pasilis, and Kaunas Regional Court President Nerijus Meilutis who represents Lithuania in the European Network of Councils for the Judiciary (ENCJ).

Jankevicius said he was grateful to Lithuanian MEPs for raising this issue in their political groups.

He hopes that following discussions, the European Parliament will adopt a resolution on this issue in the future.

Russia said in July 2018 that it had opened a criminal case against Lithuanian judges and prosecutors involved in the so-called January 13 case. Moscow accuses them of "unlawful prosecution of Russian citizens".

The Soviet Union used military force in its attempt to remove the legitimate government of Lithuania which declared independence on March 11, 1990.

Group of MEPs propose to tighten sanctions against Russia

A group of members of the European Parliament propose to expand the EU 's package of sanctions...

Ignalina N-plant to brief MEPs on progress of shutdown projects