BNS
aA
Lithuanian politicians who have proposed a plan of European Union's (EU) financial aid to Ukraine aim to secure support at the European Parliament (EU). 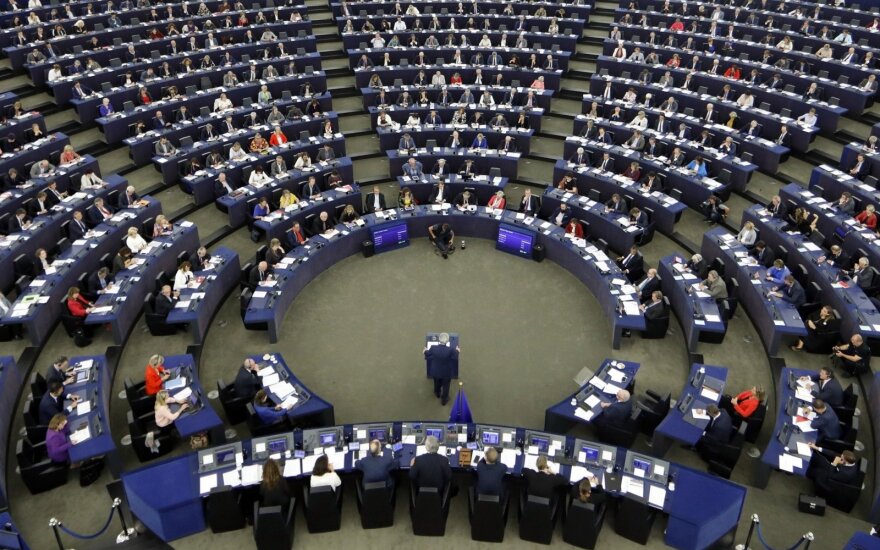 Lithuanian MEP Laima Andrikiene and German MEP Knut Fleckenstein have prepared a draft, recommending EU leaders to establish a special trust fund for Ukraine where the money would be directed to "private and public investments, especially in social and economic infrastructure."

This is one of the many recommendations to Eastern Partnership envisaged in the draft ahead of the EU program's summit scheduled for November. The bill was discussed at the EP Foreign Affairs Committee last Thursday.

Andrikiene said the EP would probably vote on the recommendations before the Eastern Partnership's summit, which Lithuanian officials also expect to discuss the Lithuanian-initiated support plan for Ukraine, unofficially known as the new Marshall Plan.

Related articles
Lithuanians' 'Marshall plan for Ukraine' initiative making its way to Europe
Eastern Partnership policy: do not bury it, it's alive  (1)

The initiative of supporting small- and medium-sized businesses in Ukraine was last year proposed by Lithuania's former prime minister, MP Andrius Kubilius. Lithuania's government recently started to pay more attention to the development of the plan.

Officials say that an annual aid of 5 billion euros could could give an impetus to faster development of the Ukrainian economy undermined by war with Russian-supported separatists. Observers say the investment plan could be a symbolic encouragement for Ukraine to stay on the Western course amid gloomy outlook of its EU membership.

Nevertheless, Lithuanian politicians and diplomats may find it hard to persuade their EU colleagues about transparent distribution of the money in Ukraine.