BNS EN
aA
The light aircraft that entered Belarus from Lithuania was under constant control, Lithuania told Belarus in an official response over the violation of the airspace that occurred two weeks ago. 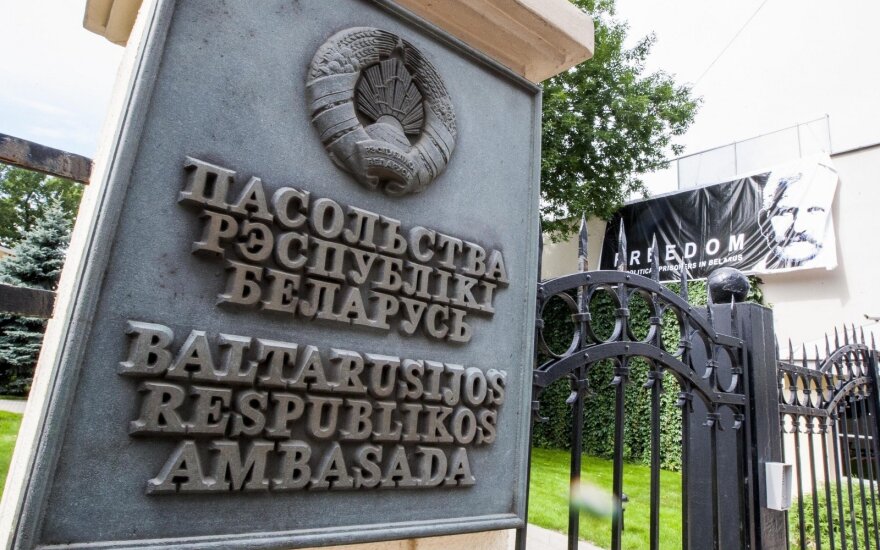 The note was sent in reply to Belarusian Ambassador to Lithuania Alexander Korol by Lithuania's Foreign Vice-Minister Darius Skusevičius.

According to the Foreign Ministry, the note specifies that the light aircraft was in the controlled airspace throughout the flights, was under general control of Lithuanian and Belarusian relevant civil aviation and air force services and was furthermore "urgently returned to the airspace of the Republic of Lithuania."

According to the note, Lithuanian institutions have opened a pre-trial investigation into the violation of the airspace.

During the meeting with the Belarusian ambassador, the Lithuanian vice-minister took the opportunity to bring up the unanswered questions regarding the security of the Astravyets Nuclear Power Plant (NPP) under construction close to Vilnius and possible negative effects upon Lithuania's environment and population.

"The site for the construction of the nuclear power plant in the Astravyets district was chosen in violation of international nuclear safety and environmental standards. This is a risk we cannot accept," Skusevičius said.

According to the press release, Belarus was again urged to halt construction of the Astravyets utility without delay and review the project with the help of international experts. Skusevičius also noted that selective use of international instruments, such as in the case of the International Atomic Energy Agency's mission of Site and External Events Design in Belarus, dies not help answering the questions and does not contribute to boosting mutual confidence.

Other issues on the bilateral agenda were also discussed during the meeting.

Heads of the state-run company Oro Navigacija (Air Navigation) and the Civil Aviation Administration have said that the violation of the Belarusian airspace was committed on April 19 by a light aircraft P46T piloted by a citizen of Denmark.

Lithuanian border guards said on Tuesday that they have launched a pre-trial investigation after a...

An aircraft from Lithuania posed no threat to Belarus when it violated the neighboring country's...

A packet of cigarettes containing an explosive device was thrown into the territory of the Belarusian...

Amid doubts whether Lithuania's efforts to impose an embargo on electricity from the Astravyets...