BNS
aA
Lithuania and Russia have concluded lengthy negotiations on properties used by their diplomatic missions in Vilnius and Moscow, including a building in the Lithuanian capital's Turniškės neighborhood close to former President Valdas Adamkus' residence, the daily Lietuvos Žinios reported on Thursday. 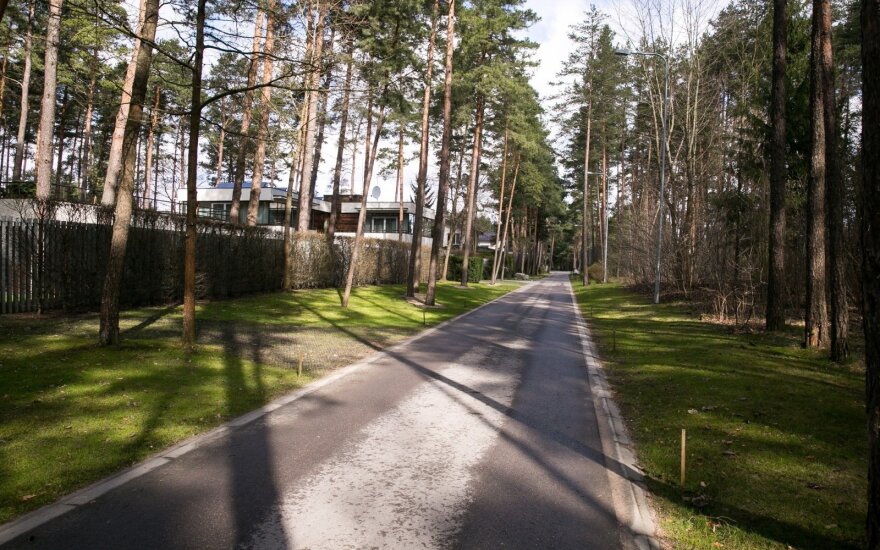 The Foreign Ministry confirmed that the talks, which had lasted for several decades, were over, but gave no details.

Unofficial sources say that the Russian embassy will take over the ownership of its embassy building in Latvių Street, in the Žvėrynas neighbourhood, in exchange for the Lithuanian embassy building, an adjacent guest house and the Jurgis Baltrušaitis home in Moscow. As part of the deal, Russian diplomats will leave the property in Turniškės and will be allocated a plot of land in Valakampiai, another prestigious neighbourhood of Vilnius, for building a new residence for the ambassador.

The Foreign Ministry would not disclose the contents on the draft agreement, which is yet to be approved by certain Lithuanian and Russian authorities, but it confirms that an agreement on the use of the Turniškės property by the Russian embassy will become void after the new inter-governmental deal is signed.

Lithuanian Foreign Minister Linas Linkevičius has promised to comment on the details of the deal as soon as the necessary documents are signed.

"The negotiations were intensive and lengthy. We believe that both sides' interests are aligned. As a result, the neighbours will not have that property in Turniškės. We are often asked about this and now a solution acceptable to both countries has been found," Linkevičius said.

"However, we'll be able to release the details only after we have signed the agreement," he added.

Lithuania's Prime Minister Saulius Skvernelis announced on Monday he had decided not to move to a...