DELFI EN
The Ministry of Foreign Affairs of Lithuania expresses its regret regarding the resolution of the Parliamentary Assembly of the Council of Europe (PACE). In the early morning of 25 June in Strasbourg, PACE decided to amend its Rules of Procedure, weakening its sanctions mechanism, and opening the way for the unilateral return of the Russian delegation to PACE. 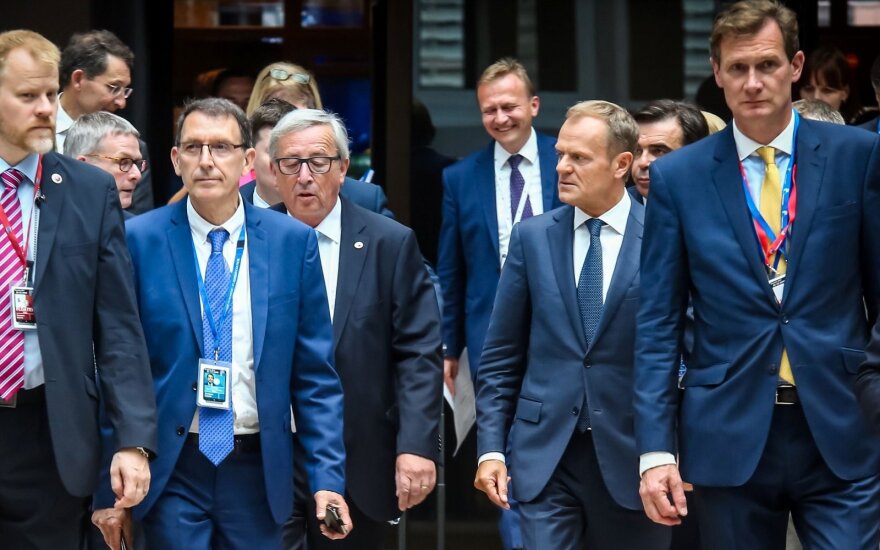 The decision of PACE to create exceptional conditions for Russia, which continues to violate international law and does not change its aggressive actions towards the other Member States of the Council of Europe, undermines the fundamental values ​​and authority of the organization. It is important to note that Russia has not done anything to implement the PACE resolutions 1990 (2014) and 2034 (2015) condemning the annexation of Crimea and the violation of the sovereignty and territorial integrity of Ukraine. In addition, Russia continues to violate international law by granting Russian citizenship to the population of the occupied Donbass and by ignoring the request of the International Tribunal for the Law of the Sea to release the illegally detained Ukrainian servicemen. What is more, Russia demonstrates its nihilistic approach to the Council of Europe values by deciding to include in the Russian delegation to PACE parliamentarians who actively contributed to the annexation of Crimea. At the same time, Lithuania notes with appreciation the efforts of the parliamentarians of Latvia, Estonia, Georgia, Ukraine, Poland, the United Kingdom, the Netherlands, Sweden, and other countries to defend the values ​​and principles of the Council of Europe, which shows that Russia's violations of international law and the annexation of Crimea will remain on the agenda of PACE.

In 2014 and 2015, PACE suspended the rights of participation and representation of the Russian delegation in response to Russia's occupation and annexation of Crimea and aggression against Ukraine. PACE adopted two resolutions condemning these actions of Russia as gross violations of international law and as in breach of the Council of Europe Statute. Since 2016, the Russian delegation has not been submitting its credentials to PACE, aiming to boycott the PACE sanction mechanism. Furthermore, since 2017, Russia has suspended payments to the budget of the Council of Europe and has applied illegal financial pressure against the Council of Europe.

At the Session of the Committee of Ministers in Helsinki on 17 May, the Minister L. Linkevičius expressed Lithuania's disapproval of changes in procedures aimed at facilitating the unilateral return of the Russian delegation to PACE.

Lithuania not to recognize elections in Georgia’s Tskhinvali region

The Ministry of Foreign Affairs of Lithuania does not recognize the so-called “parliamentary...