BNS EN
Lithuania on Monday presented a diplomatic note to Russian Ambassador to Lithuania Alexander Udaltsov, who was summoned to the Lithuanian Ministry of Foreign Affairs, over the discriminatory border crossing procedures imposed on Lithuanian vehicles by Russia, said Lithuanian Vice-Minister of Foreign Affairs Andrius Krivas. 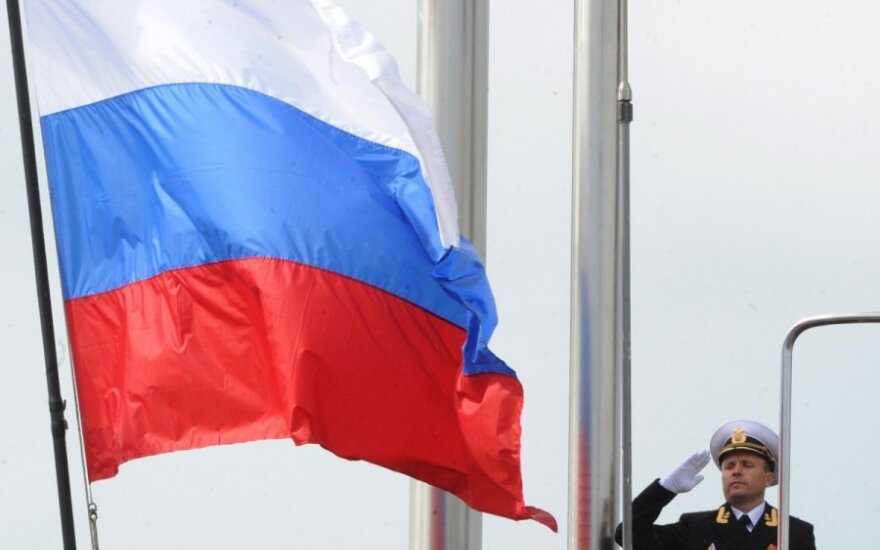 "What I told the ambassador, and what I can repeat now, is that we at the Ministry of Foreign Affairs see these actions of Russian border guards and customs officers, taken against Lithuanian vehicles, natural and legal persons, shipments loaded and produced in Lithuania, as damaging bilateral relations in the areas of economy, human contact, culture etc," the diplomat told journalists on Monday, adding that he also demanded that Russia stopped the discriminatory actions.

According to Krivas, the Russia ambassador said the Russian customs service "always act pursuant to its rules within the boundaries of the Russian Federation" and their actions "have no political implication."

Moscow has not provided any official explanations yet, Krivas said.

According to the information available to the ministry, over the weekend Russia has tightened its cross-border procedures related to the verification of cars with Lithuanian registration numbers, also vehicles carrying goods of Lithuanian companies or goods re-exported by Lithuanian companies. Lithuania has received no official reports from Russia about the introduction of such verification.
Lithuania ’s Foreign Ministry will inform EU institutions about the situation at the border.

This is not the first time the Russian Federation has taken similar steps with regard to the Republic of Lithuania. The last time this happened during Lithuania’s Presidency of the Council of the EU in the fall 2013.