BNS
aA
As a member of the United Nations (UN) Security Council, Lithuania intends to get constructively involved in discussions on Palestine's statehood. The Lithuanian government notes, however, that it supports direct talks to settle the Israeli-Palestinian conflict. 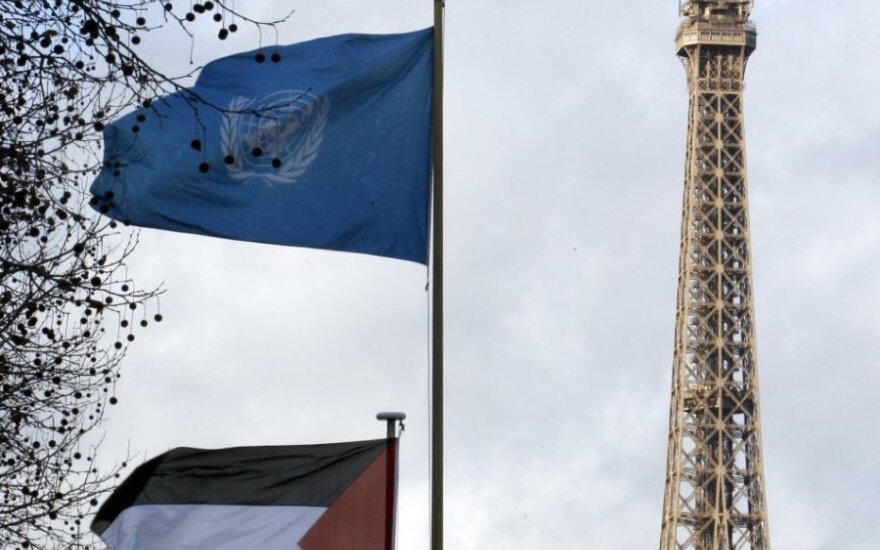 "Lithuania's principled stance remains unchanged: solution to the conflict can only be found by way of direct negotiations between Israel and Palestine, based on mutual goal of both countries to implement the principle of two states," the Lithuanian Foreign Ministry's Information and Public Relations Department said in a comment to BNS on Wednesday.

Palestine's Foreign Minister Riyad al Malki pledged to provide the UN Security Council on Wednesday with a draft resolution, which has been coordinated with France and which may set a deadline for completion of negotiations and end to Israeli occupation.

"As soon as the text of the resolution is circulated among members of the United Nations Security Council, we are willing to get constructively involved in the discussion of the draft," the Foreign Ministry told BNS.

In the past, the United States has repeatedly exercised its veto right at the Security Council to support the Israeli position and called for settlement of all issues through negotiations. Palestinians, who seek statehood through UN institutions, maintain the talks have yielded no results so far.

In 2011, Lithuania was one of only 14 states that voted against Palestine's membership in the United Nations Educational, Scientific and Cultural Organization (UNESCO). In 2012, Lithuania decided to abstain in the vote at the General Assembly on a higher diplomatic status for the Palestinian self-governance.