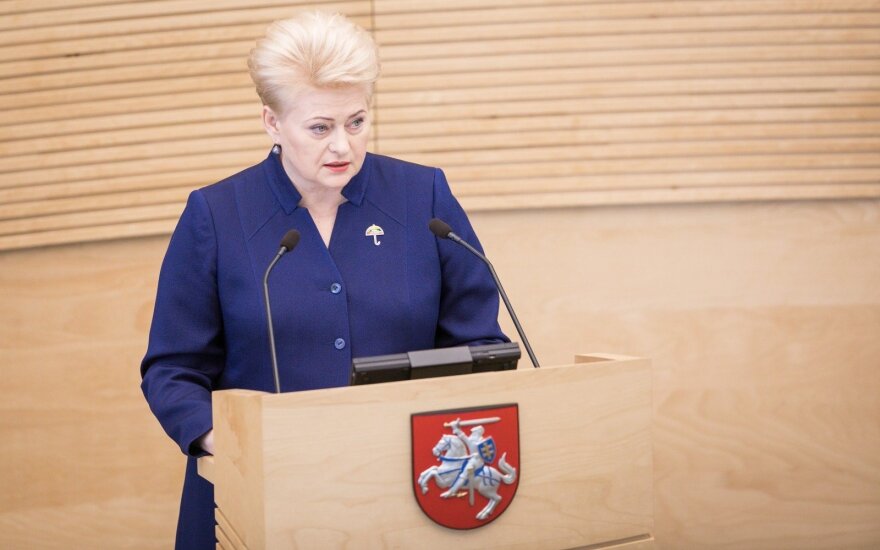 "This visit is very important for us because the security situation both in NATO's southern flank and in the eastern one poses very similar challenges," Grybauskaitė said after the meeting in Kaunas.

"We see rapid, intense and aggressive militarization of the Kaliningrad region and missiles deployed there can reach Lisbon as well. The Zapad exercise, which is of offensive nature, will be conducted mainly from the territory of another country, Belarus, thus involving that country in aggressive behavior against NATO countries," she said.

Grybauskaitė thanked Portugal for its support, which she said intensified immediately after Russia's annexation of Crimea in 2014.

"We always feel and see support and understanding and appreciation of our position on the Astravyets nuclear power plant's threats," she said.

The Portuguese president stressed that the two countries usually have similar positions on key EU issues and said that Portugal understands and supports Lithuania in its concerns over nuclear energy issues.

"In the context of NATO issues, we have the same vision on both southern and eastern issues and we are looking in the same direction," Rebelo de Sousa said.

He invited Grybauskaitė to visit Portugal.

President Dalia Grybauskaitė on Tuesday is to meet with her Portuguese counterpart, Marcelo Rebelo...

Portuguese president to visit his country's troops in Lithuania

President Dalia Grybauskaitė on Tuesday will meet with her Portuguese counterpart, Marcelo Rebelo...

German President Frank-Walter Steinmeier is to visit German troops stationed in Rukla, in the...

German troops leading NATO 's multinational battalion in Lithuania will be present in the country...