Lithuania plans to open its border with Poland on Friday

BNS
aA
Lithuania is planning to reopen its border with Poland on Friday, Prime Minister Saulius Skvernelis said on Tuesday. 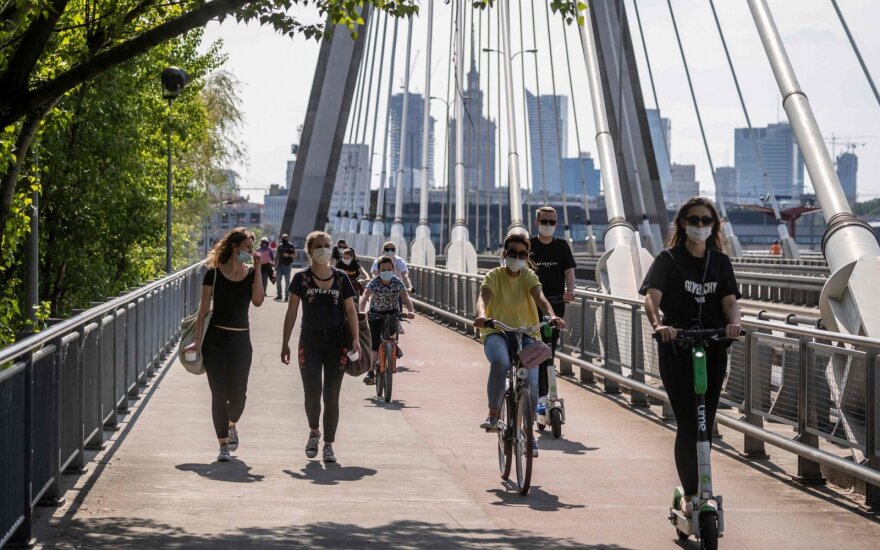 "We are planning a meeting with the Polish prime minister at the state border. (The opening) is planned for Friday," Skvernelis told reporters.

There are no obstacles to relaunching free movement between the Baltic states and Poland, because their epidemiological indicators are similar and the outbreaks recorded in the neighboring country over the weekend have been localized, according to Skvernelis.

"Nothing is preventing (the opening of borders), because the epidemiological criteria are very similar and Poland is on the list of safe countries. There is an outbreak, but these are localized hotspots," the prime minister said.

"Some technical work remains to be done, and I expect that those who are very eager to go (to Poland), will be able to do so this weekend," he added.

A record spike in new COVID-19 infections was registered in Poland over the weekend, but most of these cases were linked to a coal mine in the southern part of the country.

The Baltic countries in mid-March reopened their internal borders to each other's citizens and legal residents. The three states have in place a coordinated list of countries arrivals from which are not required to self-isolate.

There are currently 28 countries, including Poland, on the "safe" list which is updated every Monday.

Lithuania and Poland reopen border to each other

Lithuania and Poland on Friday reopened their shared border that had been closed since mid-March...