BNS
aA
A delegation headed by Lithuania's Prime Minister Algirdas Butkevičius left for Paris on Wednesday to open membership negotiations with the Organization for Economic Cooperation and Development (OECD). 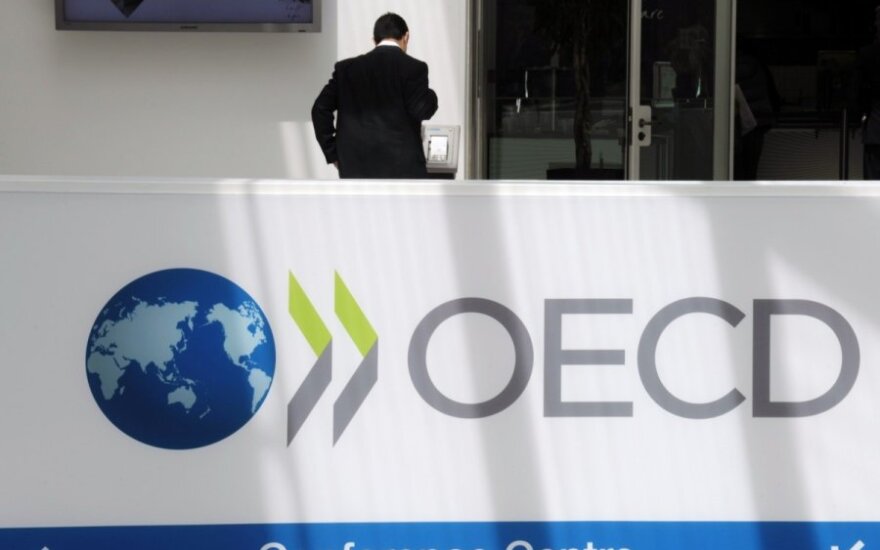 The prime minister intends to meet with OECD Secretary General Angel Gurria. On behalf of the government, Foreign Minister Linas Linkevičius will sign an agreement with OECD on privileges, immunities and franchises granted to the organization.

In Butkevičius' words, membership in the 34-country organization would equal adoption of the euro or accession to the European Union (EU).

"I believe it would be yet another achievement for Lithuania, yet another big step, which I believe equals adoption of the euro or accession to the European Union, as we have stressed in international organizations. It is a truly significant organization, a club of countries that have gained trust in terms of their economic development and social status. The countries in the club can borrow cheaper," the PM told the national radio on Tuesday.

Lithuania's Foreign Ministry said the OECD is to officially announce the opening of talks with Lithuania on June 4.

On Wednesday, Linkevičius will visit UNESCO headquarters in Paris to inform UNESCO officials about Lithuania’s bid for a seat on UNESCO Executive Board for the 2015-2019 term and will present Lithuania’s successful work in the UN Security Council and its activity in other UN formats.

The Lithuanian foreign minister's agenda will also include meeting with French Foreign Minister Laurent Fabius to discuss cooperation in the field of defence and security, decisions taken at the Eastern Partnership Summit in Riga, the situation in Ukraine, relations with Russia, energy security, migration, fight against terrorism and other issues.