BNS EN
aA
Lithuania is open to discussions about the French president's proposal to establish a position of the euro area finance minister and develop a separate budget of the area, says Lithuania's Finance Minister Vilius Šapoka, noting that this was not the most urgent matter at the moment. 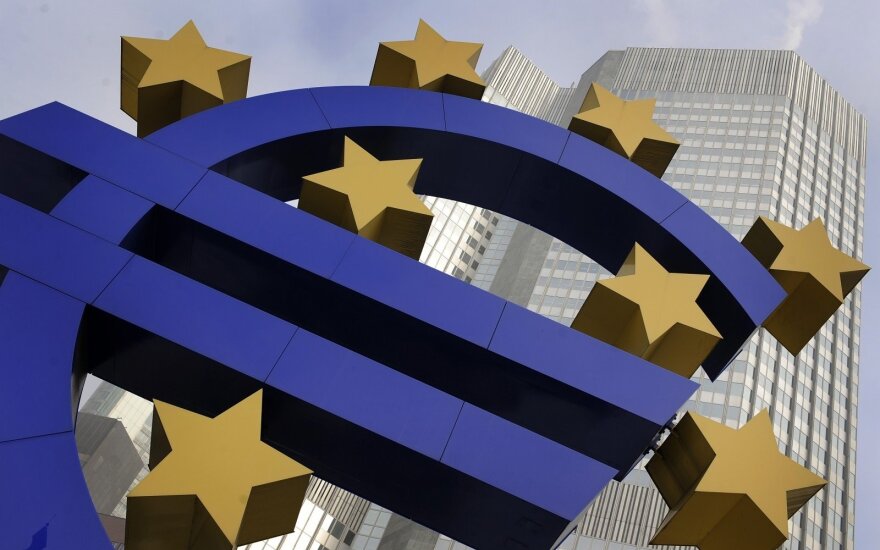 "The proposal on the euro area budget and finance minister should be discussed in the long run. We are open to the discussion but think that such institutional matters do not require rapid decisions and are not the most important in the context of consolidating the Economic and Monetary Union," Šapoka told BNS.

In his words, Lithuania thinks that the key tasks for now included rebuilding confidence in the EU project and the Economic and Monetary Union, which should become more resistant and attractive to enable countries of the euro area better respond to economic changes and make the remaining EU nations want to join the euro zone.

"This can be done by way of ensuring the credibility of the rules that have been agreed earlier and completing of tasks, for instance, deepening of the Banking Union, creation of the Capital Markets Union and reduction of social and economic differences between members of the euro area," said Šapoka.

French President Emmanuel Macron has proposed setting up a special budget of the euro area, a separate parliament and a finance minister for the zone, a proposal also supported by German Chancellor Angela Merkel.

To establish an euro area budget and a position of finance minister, nations of the European Union would need to revise EU treaties.

Supporters say joint treasury and finance minister would help mitigate possible crises and faster reduce the seclusion, while critics maintain that the integration steps would further limit sovereignty and isolate EU countries outside the euro area.

The European Union (EU) should consolidate in the field of defense and countries of the euro area...

Fighting for a stronger Europe!

It’s your birthday, Europe! Sixty years ago, on 25 March 1957, the founding members of the European...