BNS
aA
A ban for passenger cars to enter Lithuania from Belarus and Russia have come into force on midnight, and people will be able to enter from Latvia and Poland via two border checkpoints. 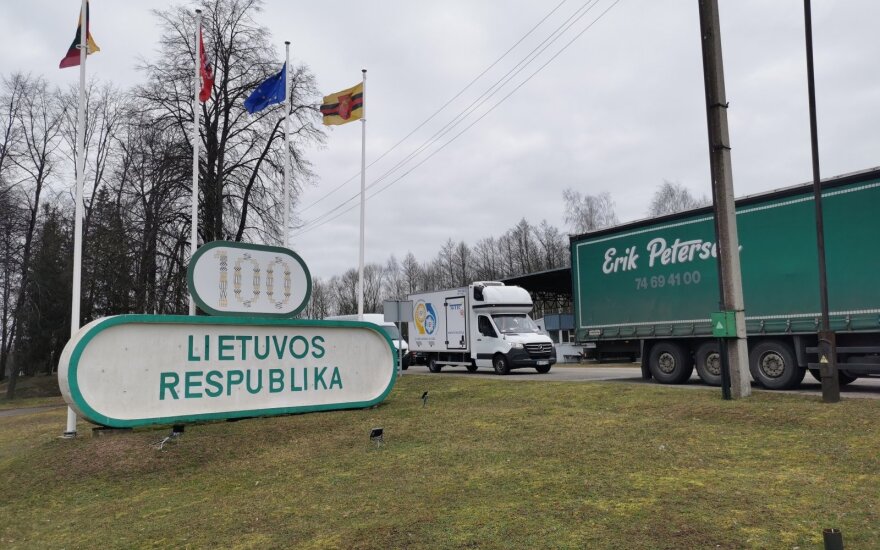 "As of midnight, it's impossible to enter Lithuania from Russia and Belarus via any border checkpoint. It does not apply to commercial transport," Giedrius Misutis, spokesman for Lithuania's State Border Guard Service, told BNS.

As Lithuania does not restrict the movement of goods, commercial transport is still allowed to enter via other border checkpoints on the country's borders with Latvia, Poland, Russia and Belarus.

Ferry and air transport of passengers will be banned on the night to Saturday, only excluding the ferry route Kiel-Klaipeda-Kiel.

The movement restrictions will be in force during the whole quarantine time and be in place until at least April 13, with an extension already under consideration.

The Lithuanian government is also organizing a repatriation flight for Lithuanians from the UK on Friday night, and Lithuanian citizens will have an opportunity to come home from Milan.

Lithuania opening another checkpoint to ease queues at border with Belarus

Lithuania is opening an additional border checkpoint in a bid to ease long queues of vehicles at the...

The whole of Lithuania is placed under quarantine for two weeks as of Monday. BNS provides a review...

Lithuania extends border control until May 14

Border control in Lithuania has been extended until 6 p.m. on May 14, the country's Interior...