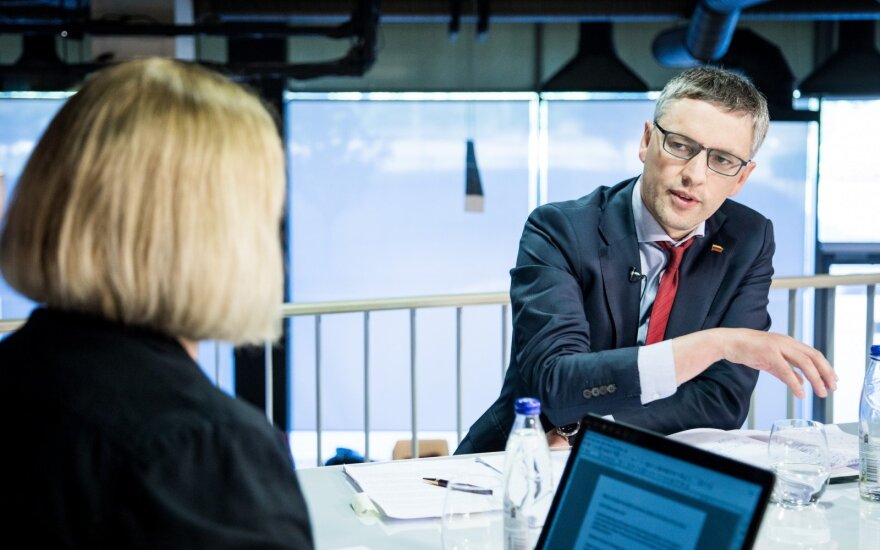 He, first of all, had in mind Russian nuclear energy giant Rosatom which is the main contractor of Ignalina nuclear plant's decommissioning.

According to Bakas, one of the key parts of the NSGK probe into business groups' influence on politics had to do with energy and Rosatom's role in Ignalina's decommissioning.

"It's important to understand that we still haven't secured energy independence. We made one step, but our second foot is still in the swamp and we cannot pull it out for years," Bakas told a press conference on Wednesday, presenting the parliamentary probe's conclusions.

There are still people in Lithuania, promoting energy dependence, he said.

"We need very brave and principled decisions to clean Lithuania of companies incompatible with national security interests. The Ministry of Energy has already refuted that myth created since 2004 that we won’t be able to decommission Ignalina without Rosatom. There are 40 companies in the world, capable of doing that. In the United States, Japan and Europe. We really can choose a friendly company," Bakas said.

The tender for the construction of the facility is set to be called later this year.

According to the NSGK, representatives of Rosatom, German company Nukem, controlled by Rosatom, and MG Baltic had non-transparent ties with politicians, state officials and head of enterprises and allegedly had influence on state institutions making decisions and implementing projects at the strategic enterprise.

Lithuania's government might turn to law enforcement following the parliamentary Committee on...