Lithuania must be at forefront of EU integration - president (Updated)

BNS
Lithuania must be at the forefront of EU integration, President Dalia Grybauskaitė said on Tuesday. 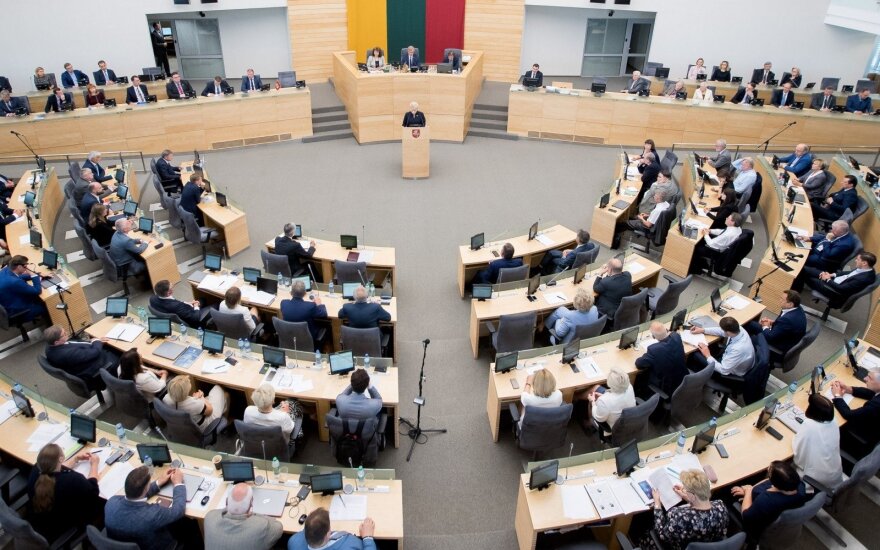 "Let us not be afraid of being at the forefront of EU integration because we will be strong only if we join our efforts in military, energy, cyber and economic security," the president said in her annual State of the Nation Address to the Seimas.

"The resurging vision of a strong and united Europe brings back self-confidence," she added.

Grybauskaitė pointed out that Lithuania contributes to strengthening European security.

"At our initiative, rapid response teams are created to counter cyber threats and hostile propaganda; common standards have been approved for the protection of the EU's external borders – also with our participation in the process," the president said.

Lithuania "works to safeguard the energy security of the entire EU and serve as a model example on this path" by standing up to Russia's gas giant Gazprom and Belarus' Astravyets nuclear power plant project and by speeding up the Baltic power grids' synchronization with the Western European system.

Discussions are currently underway in the EU about "a multi-speed Europe", an idea that different parts of the bloc could integrate at different levels and pace. The idea has been criticized by the Visegrad countries, which are wary of deeper integration.

Warns about tensions with the US

The president also warned that "division and confrontation in international relations are just as dangerous as domestic confrontation".

"The threat of trade wars, lack of agreement on security issues, increasing rhetoric on both sides of the Atlantic, and disregard for international agreements have made the geopolitical situation around us vague," she said.

"Global multilateral diplomacy is in crisis, and therefore universal commitment to peace, democracy, freedom, and human rights can no longer be taken for granted," Grybauskaitė said.

In this context, the president said that Lithuania needs "to strengthen bilateral relations with strategic partners and closest neighbors and to expand the circle of our friends".

"We must also search for new formats of cooperation, avoid transatlantic cracks, seek a more efficient EU, and a NATO that responds quickly and is better adapted to the new security environment," she said.

Lithuanian political parties have a unique opportunity to rise to a new life after recent political...

A high-profile corruption case has revealed an "unseen Lithuania" where efforts are continuing to sell...

President to give her State of Nation Address

Lithuanian President Dalia Grybauskaitė will on Tuesday deliver her annual State of the Nation...

Public relations experts: it is time for Grybauskaitė to reveal what she knows