BNS
Lithuanian politicians have expressed their respect and condolences over the passing of US Senator John McCain, calling him a "true friend of Lithuania" and a "fighter for truth and democracy". 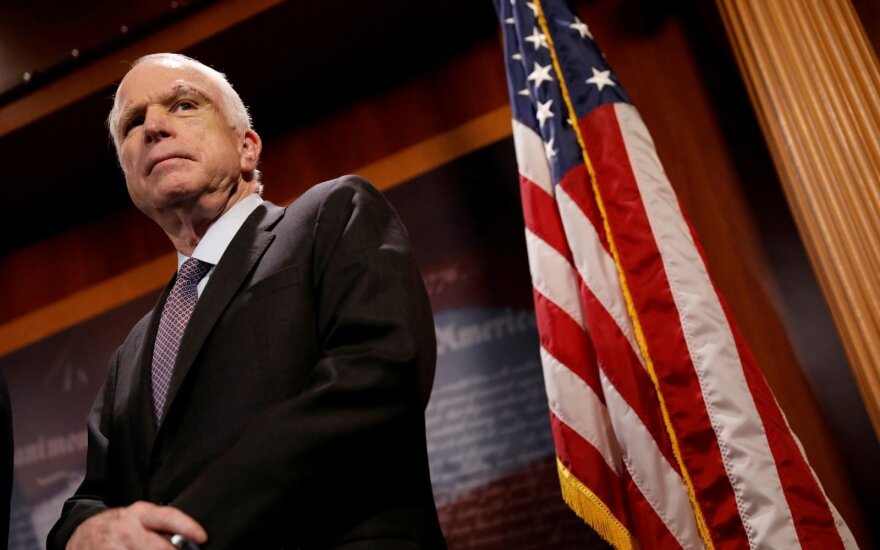 In her message of condolence, President Dalia Grybauskaitė described McCain as "an exceptional patriot and leader whose love and devotion for his country was turned into a lifetime service."

She said that "we would remember esteemed John McCain as brave and non-compromising fighter for truth and democracy, always ready to stand for human rights and freedom of subdued nations all over the world".

Prime Minister Saulius Skvernelis in his message of condolence called the late Republican senator "a great man, a warrior of Freedom and Democracy and a true Friend of Lithuania".

Lithuania's former president Valdas Adamkus underlined that he had never had doubts about McCain's "commitment, devotion and his policies in the United States".

"He never backs down from his firm position and policies. This is a big contrast to the current president, Donald Trump", he told BNS.

Emanuelis Zingeris, a member of the Lithuanian parliament's Committee on Foreign Affairs, expects that the senator's values will be pursued in the world after his death.

"What is the most important now is that over a hundred democracies on a divided democracy map, from Japan to Canada, should find the strength to say that (...) democracy and solidarity is first," Zingeris said, referring to Trump's "America First" presidential campaign slogan.

The 81-year-old Republican lawmaker died on Saturday after losing a battle with brain cancer.

BAFL- 20 years of the Baltic Caucus in Washington D.C.