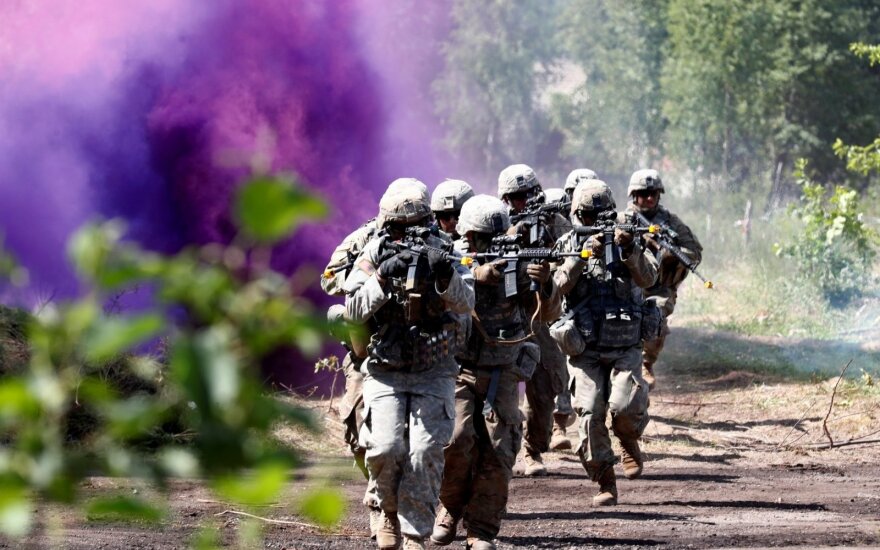 According to NATO projections, released on Tuesday, Lithuania's defense budget should stand at 1.96 percent GDP this year.

It was said last year, when the 2018 budget being drawn up, that Lithuania's defense spending would reach 2.006 percent GDP. But the rate went down slightly due to the improvement of Lithuania's GDP estimates last spring.

"Due to the excess GDP growth, the existing funding formally does not reach 2 percent but we have assured out NATO partners that we'll find ways to allocate additional funds for national security this year and meet the 2-percent commitment," Arnoldas Pikžirnis, an adviser to Lithuanian Prime Minister Saulius Skvernelis, told BNS Lithuania on Tuesday.

Related articles
Lithuania expects progress on air defense at NATO summit, but worries about Trump
Brussels would be surprised by moods in Vilnius prior to meeting with Trump: should the worst scenario be worried about?

Representatives of the government and parliament refrain from commenting on the sources of funding and deadlines of when the budget will be reviewed. Decisions are expected in the fall when the Finance Ministry will update its growth estimates.

"We will meet the commitment to spend at least 2 percent on defense. This issue will be discussed in the fall following the analysis of growth estimates. The good news is that we are growing faster than it was projected," Vytautas Bakas, chairman, of the parliamentary Committee on National Security and Defense, told BNS Lithuania on Tuesday.

If growth estimates are not changed, Lithuania will need to additionally allocate around 18 million euros for national defense.

2 percent GDP is a standard set in NATO documents, and US President Donald Trump has criticized countries that fail to reach it. Lithuania comes in sixth among NATO member countries in terms of defense spending.

Based on the existing plans, Lithuania plans to spend 873 million euros on defense. In absolute terms, there are lower defense budgets in eight European countries, including Montenegro, Albania, Luxembourg, Slovenia, Estonia, Croatia, Latvia and Bulgaria

Lithuanian Minister of National Defense Raimundas Karoblis on Thursday signed the agreement on the...