BNS
aA
Lithuania has joined a group of countries condemning China's treatment of the Uighur ethnic minority in the Xinjiang region as the issue divides EU members states. 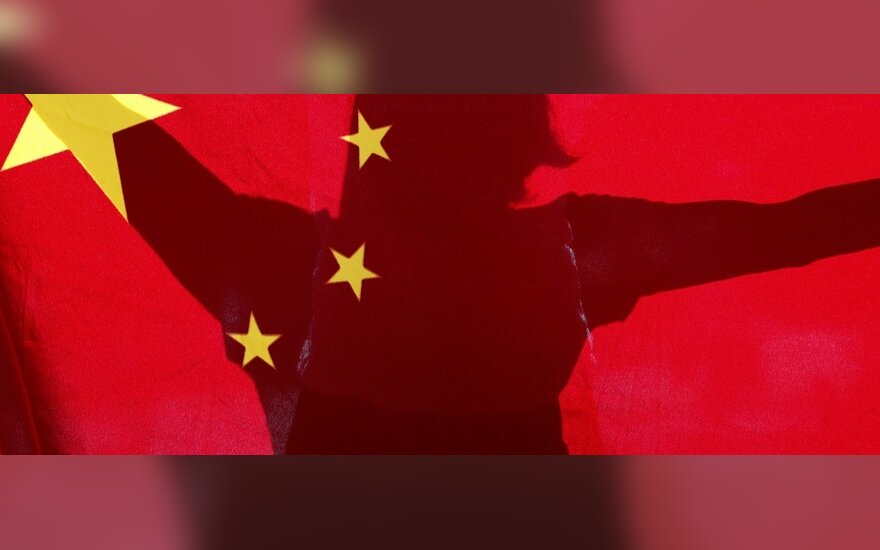 A letter to the top UN human rights officer was signed by 22 countries, including 15 out of 28 EU member states, as well as Norway, Switzerland, Japan, Australia, Canada and New Zealand.

Lithuania's Ministry of Foreign Affairs says the decision to condemn China was determined by concerns over the country's society and the joint position of the Nordic and Baltic countries.

Related articles
Lithuania's looking for land to build embassy in Beijing
Defense minister: decisions on Huawei technologies must be made at NATO and EU level

Observers say around 1 million people, mainly members of the Uighur ethnic minority, are kept in the so-called "re-education" camps in China.

Human rights groups and people who were kept in these camps in Xinjiang call them concentration camps where Muslim Uighurs and representatives of other minorities are taught to assimilate in the Chinese society.

Although initially Beijing denied the existence of such camps in Xinjiang, later on it launched a large-scale PR campaign to counter the world's resentment.

The situation reflects divisions between Northern and Western European countries and Eastern and Southern European states which are more dependent on Chinese investment as Beijing is trying to restore historic trade routes.

But it does not contain signatures from Italy, Bulgaria, Croatia, Cyprus, Malta, the Czech Republic, Portugal, Romania, Slovakia, Slovenia, Greece and Hungary.

"It shows that the EU does not have a common position on China, and those divisions are likely to remain. From technology and security to human rights and democracy issues. On its own, this vote should not be considered an indicator of a long-term strategy, but it should be a stimulus for discussion," Linas Kojala, director of the East Europe Studies Center, told BNS Lithuania.

"Infrastructure projects, especially in the Balkans, are closely connected to Chinese investment. Those "One belt, one road" projects probably tie those countries economically and politically," Professor Tomas Jakeliunas of the Institute of International Relations and Political Science at Vilnius University says.

In response to the letter condemning Beijing's treatment of Uighurs, the ambassadors of 37 countries sent their letter to the United Nation in China's defense. The letter was signed by countries like Russia, Saudi Arabia, Belarus, the United Arab Emirates, Pakistan, Egypt and Cuba.

Although Lithuanian officials remind China about human rights violations, they do so cautiously not to undermine bilateral economic cooperation.

According to Jakeliunas, Lithuania's decision to speak about human rights violations internationally is consistent but the position on China is still raising a lot of questions.

"We are still a kind of balancing act as regards China as there's a lack of clear decision on whether we want to trade and make use of the economic benefit of such relations or we want to be on the other side and speak more about human rights violations," the professor said.

For example, Lithuania considers the Himalayan region of Tibet to be part of China but is in favor of peaceful regulation of ties between the Chinese government and Tibet's spiritual leader Dalai Lama and his representative.

The Dalai Lama visited Lithuania in June, 2018, despite warning from China that this visit would undermine the relations between Vilnius and Beijing.

But, differently from 2013, when the Dalai Lama met with the then President Dalia Grybauskaite, last year he was not met by any of the state leaders. The Tibetan spiritual leader only met with Lithuanian lawmakers who set up the Tibet solidarity group in the Lithuanian parliament.

On the other hand, five Lithuanian lawmakers went to Tibet in August, 2018 and met with representative of the official local government. NGOs slammed the visit, saying that it showed acceptance of Beijing's order there.

As the 30th anniversary of the Tiananmen Square massacre in Beijing was marked in June, Lithuania's Minister of Foreign Affairs Linas Linkevicius reminded the Chinese government pf the crackdown anniversary by tweeting: "We commemorate and remember the victims and call for respect for human rights in #China."

During a BNS Lithuania-organized presidential election debate in April, Nauseda vowed to raise human rights issues with Chinese President Xi Jinping as respect for Lithuania's diplomacy would depend on that.

"The human rights issue is absolutely the most important, and in this place we should not look over the shoulder and see how somebody is reacting when we speak about non-questionable things," the then future president said. "I believe Lithuania's foreign policy can be respected only when it puts these non-questionable things in the first place and does not sell itself."

Defense Minister Raimundas Karoblis says decisions on the use of Huawei technologies in the...

Lithuania invites China to use it as gateway to European market

The Lithuanian government is inviting Chinese companies to use the country as a gateway to the...

Government to hold meeting on whether to establish Ethnic Minority Council

Lithuania's government is set to hold a meeting on Monday to discuss the need to establish an Ethnic...

The Lithuanian government will on Wednesday decide on the establishment of a commission on ethnic...