Lithuania has no doubts about United States' NATO commitment 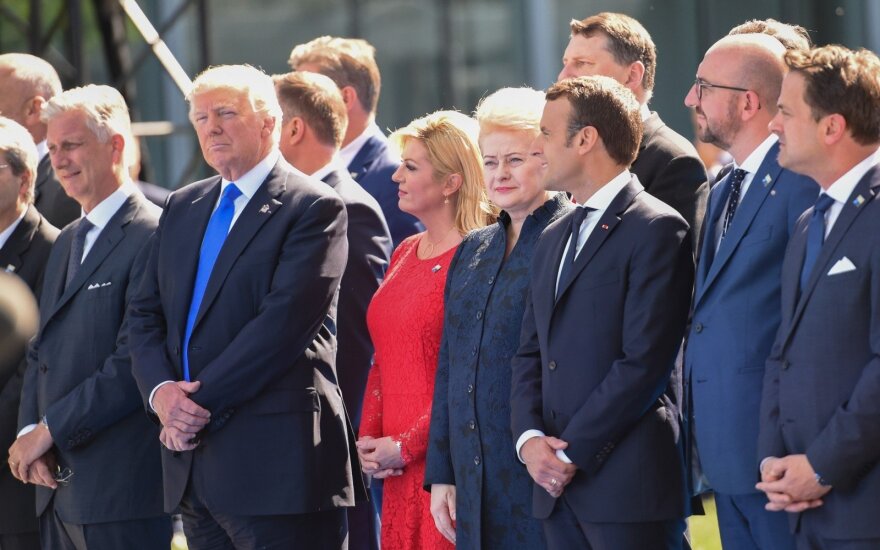 "I have no doubt about that whatsoever," the minister told BNS Lithuania on Thursday, asked whether the United States, in his opinion, is committed to the principles of collective defense.

"The roots of our strategic partnership are so deep and strong, and there've been so many years, so many real and true friends, so I have no doubt that the same path and the same support will remain," the minister said.

On Thursday, the minister attended an event to mark the anniversary of a WWII declaration on non-recognition by the United States of the Baltic states' occupation.

He also attacked NATO's newest member, Montenegro, when asked by a journalist why his son should have to defend Montenegro if it's attacked.

"I understand what you're saying. I've asked the same question. Montenegro is a tiny country with very strong people... They're very aggressive people. They may get aggressive, and congratulations, you're in World War III," Trump said.

Linkevičius refrained from commenting on the American president's statements.

"I really won’t comment on what he said. He's said many things over the last couple of days," Linkevičius said. "But I really know that these decisions state leaders, including President Trump, made during the NATO summit fully reflect our expectations."

According to Linkevičius, "nothing has in principle changed" after Trump's statements.

"Nuances remain nuances, and those strong and fundamental things, they remains," the head of Lithuania's diplomacy said.

A traditional celebration was held for a fourth times in Vilnius' Washington Square on Thursday to thank the United States for the Sumner Welles Declaration, adopted on Jul 23, 1940, that condemned the Soviet occupation of the Baltic states.

Žygimantas Pavilionis. Putin-Trump meeting, do we have the strength to face this challenge?