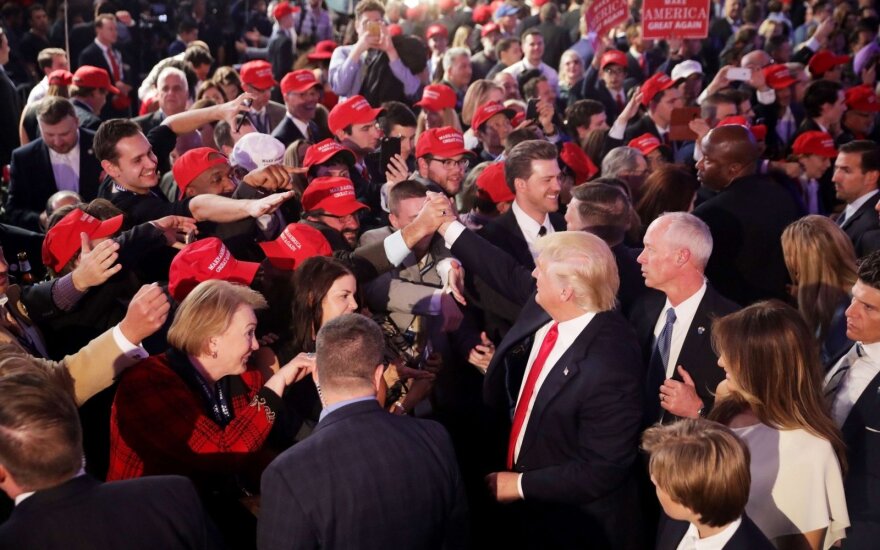 "We have to focus on what is important for us and what work we need to do, and we are ready to work with the new (US) administration in the same spirit that has been built up over decades," the minister told BNS.

"The long-standing traditional, strategic, strong bonds cannot fade away. We have reasons to say so, because we know the Republicans very well and we have a lot of friends among them. In fact, we have a number of contacts among those around Trump too," he added.

Linkevičius said that it is too early to make predictions about Trump's foreign policy judging only from what he said during his presidential election campaign.

In the minister's words, this will depend strongly on whom the new president selects for his team.

"We have no doubt that these will be people who are familiar to us and who will also shape, in a sense, the (foreign) policy. We will see who is appointed secretary of state, who becomes defense secretary and who becomes national security advisor. We will then be able to draw conclusions," he said.

Tensions were felt in the Baltic countries, which see threats from Russia, throughout the US presidential election campaign, recurrently fueled by Trump's calls to revamp NATO or reduce the US share of global security commitments.

What drew the most criticism were Trump's remarks that he would not automatically defend the Baltic countries if Russia attacked them.

Commenting on these statements, Linkevičius said, "These reproaches or criticism of Europeans' failure to pay sufficient attention to their defense are understandable, too, because we know the statistics and trends," the minister said.

"The Baltic countries and Lithuania do not give any reason for such criticism, especially not now when all political forces agree on increased defense spending and attention to security issues," he added.

Lithuania expects to meet NATO’s 2 percent of GDP target for defense spending in 2018.

As the winds of change sweep the global political landscape, there has never been a better opportunity...