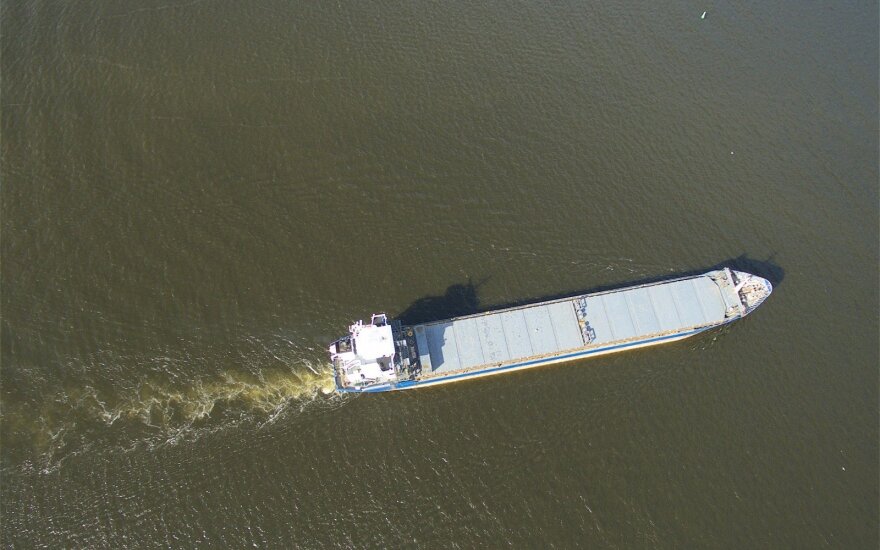 The note "expressed concerns over repeated violations by the Russian Navy of the rights and freedoms of the sovereign Republic of Lithuania and other states in the exclusive economic zone of Lithuania in the Baltic Sea," the ministry said in a press release.

Russia's military vessels ships on Monday gave orders to civilian ships in Lithuania's economic zone to change their course, according to the press release.

"The Ministry of Foreign Affairs of Lithuania calls on the Russian Federation to consistently comply with international legal norms, the principles of good neighborliness and to ensure that similar incidents do not happen again in the future," the ministry said.

"Lithuania's concerns over the deployment of the Iskander-M nuclear-capable ballistic missile system in Kaliningrad and flights of Russian planes over the Baltic Sea were also repeatedly expressed to the Russian ambassador," it said.

NATO fighter jets serving in the Alliance's air-policing mission in the Baltic states were scrambled as many as 20 times between Oct. 6 and 9 to intercept Russian military aircraft flying in international airspace over the Baltic Sea, the Lithuanian Defense Ministry said.

It attributed the high number of Russian aircraft over the Baltic Sea to military exercises conducted in the region.

Russia said a couple of months ago that it had invited NATO experts to Moscow for talks on the possibility of all military aircraft keeping their transponders on during flights in the Baltic Sea region.

However, individual NATO member states have said that they will not hold talks with Russian experts at the technical level and propose that discussions on this issue be conducted within the Organization for Security and Cooperation in Europe.

The NATO air-policing mission is carried out from Lithuania and Estonia.

Russia's ambassador to Lithuania has failed to convince the local government of Šiauliai to leave a...

Russian ambassador gives no answers on hindrances to NordBalt

Russia 's ambassador summoned to the Lithuanian Foreign Ministry on Thursday for a protest on...

Lithuania is contributing to the creation of the UK-led Joint Expeditionary Force , which will...