aA
During the visit to Berlin on 6 November, Lithuania's Deputy Minister of Foreign Affairs Rolandas Kriščiūnas discussed possibilities of intensifying relations between Lithuania and Germany, and co-operation in addressing issues on European agenda, the Ministry of Foreign Affairs said. 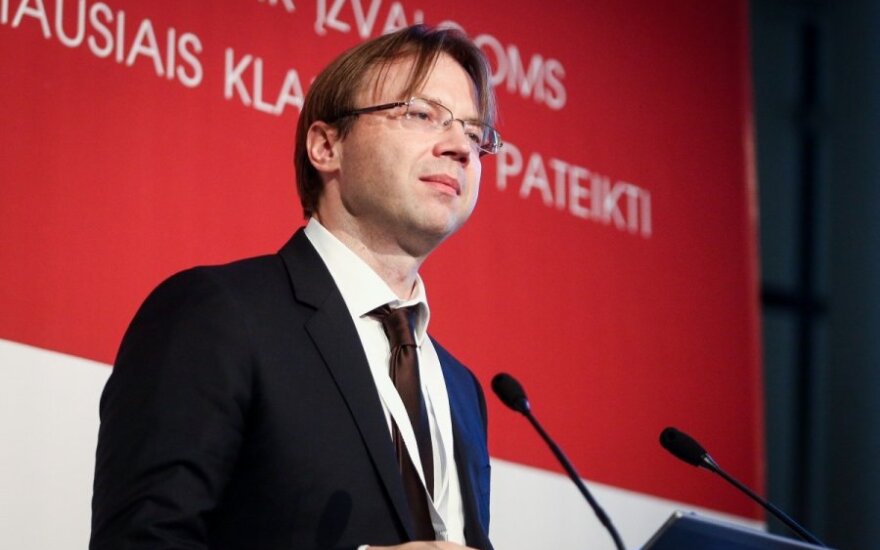 In the capital city of Germany, which will soon mark the 25th anniversary of the Fall of the Berlin Wall, Lithuania's foreign deputy minister met with Michael Roth, Minister of State for Europe at the German Federal Foreign Office, and Martin Kotthaus, Head of the European Directorate-General at the Federal Foreign Office.

"Germany is Lithuania's key partner within the EU and NATO. It is therefore important to use the potential of the bilateral relations and to deepen co-operation in the fields of security, economy and culture," said Kriščiūnas.

The deputy minister noted the importance of Germany's support for Lithuania's strive for the OECD membership, projects aimed for energy independence and plans of energy infrastructure development.

Representatives of the German Federal Foreign Office said that the forthcoming introduction of the euro in Lithuania was a great achievement. A close cooperation with Lithuania inside the euro zone is expected.

During the meetings, the officials discussed European security challenges, the situation in Ukraine. They agreed that the EU must speak with one voice and carry out a single strategy for addressing the conflict in eastern Ukraine. In this context, it is important for the EU to pay a lot of attention to ensure long-term peace and security in Europe, noted Kriščiūnas.

On 6 November, at a solemn ceremony in Berlin, Lithuanian President Dalia Grybauskaitė accepted the...