BNS
aA
Lithuanian diplomats expect a step toward strengthening air defense in the Baltic states to be taken at this week's NATO summit, but remain wary of US President Donald Trump's position. 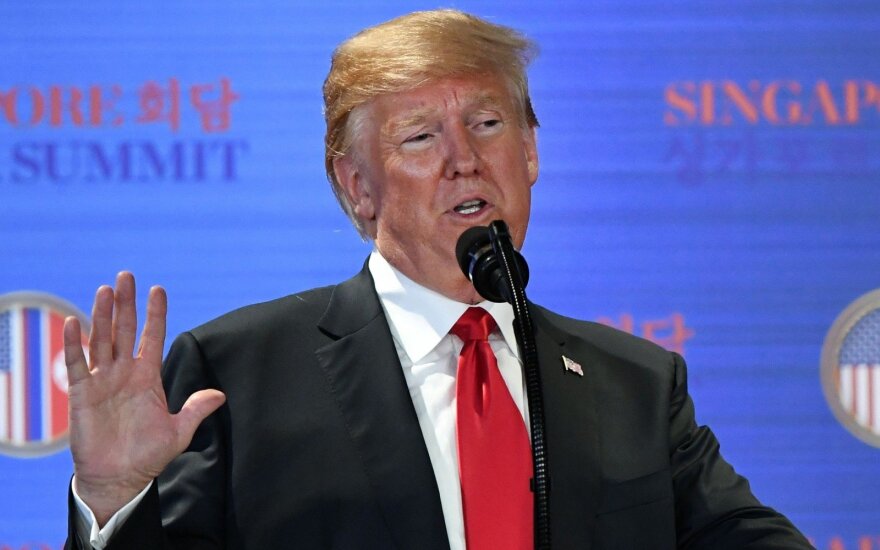 In the run-up to the meeting, diplomats worked to have documents approved in advance to ensure that discussions do not go to the leaders' table in Brussels, thus trying to prevent any unexpected moves by Trump.

Lithuanian officials say that if everything goes according to the agreed scenario, NATO should name Russia as the biggest threat and agree on enlarging high-readiness forces and establishing two new headquarters -- one responsible for the defense of shipping routes in the Atlantic Ocean and the other for coordinating the movement of forces in Europe.

Diplomats expect that the Alliance will for the first time identify the problem of Baltic air defense gaps and will instruct its military commander to come up with assessments and recommendations within a year.

Related articles
Brussels would be surprised by moods in Vilnius prior to meeting with Trump: should the worst scenario be worried about?
Portuguese patrol aircraft reinforces NATO's Baltic air-policing mission

"We need to create an air defense system and close the gaps. So, we hope that the summit will recognize that there is a gap and will prepare further recommendations for closing these gaps," Nerijus Aleksiejūnas, advisor to Lithuanian President Dalia Grybauskaitė, told BNS.

Lithuania expects NATO's political statement to be instrumental in achieving long-term goals, such as ensuring that other NATO countries deploy Patriot long-range missile defense systems to the Baltic countries, which cannot afford buying them, and beef up the Alliance's air-policing mission in the region.

The summit will also address the need for speeding up troop movement and decision making procedures and boosting cyber capabilities.

However, observers do not rule out a worst-case scenario where Trump torpedoes the Brussels summit. The president has repeatedly criticized the US commitments to the Alliance and abruptly blocked the final communique of last month's G7 summit in Canada.

In informal discussions, diplomats name Trump's unpredictable character, his antipathy towards Germany and his meeting with Russian President Vladimir Putin in Helsinki later this week as the greatest risks.

No one doubts that Trump will reiterate his demand for allies to raise their defense spending, but the question remains whether he will limit himself to public statements. The American president has said recently that "NATO is as bad as NAFTA" and threatened to dismantle it.

Lithuania, specifically, is likely to escape criticism, being one of only eight NATO countries meting the Alliance's 2 percent of GDP defense spending target.

Lithuanian diplomats, who are keen on the US maintaining the largest possible presence in Europe, avoid publicly criticizing Trump.

"We trust all allies. We are ready for the summit and we'll expect the best results", Aleksiejūnas told BNS.

Political analysts say that bitter disputes may undermine efforts to demonstrate the Alliance's unity and that doubts about America's commitment to Europe's defense may prompt aggressive actions by Russia.

"For Lithuania, as well as for NATO as a whole, it is important that the summit does not deepen the hole in the transatlantic relations due to US-EU trade disagreements and slow growth in defense spending by European counties," Linas Kojala, director of the Eastern Europe Studies Centre, told BNS.

President Dalia Grybauskaitė said on Tuesday that Lithuania may contribute to easing tensions...

Lithuania expects US support in strengthening NATO 's forward presence forces and defense in the...