BNS
aA
Lithuania on Tuesday described the European Union's new sanctions as a step forward in efforts to make Russia revise its policies towards Ukraine, but expressed disappointment that they will not prevent France from selling warships to Russia. 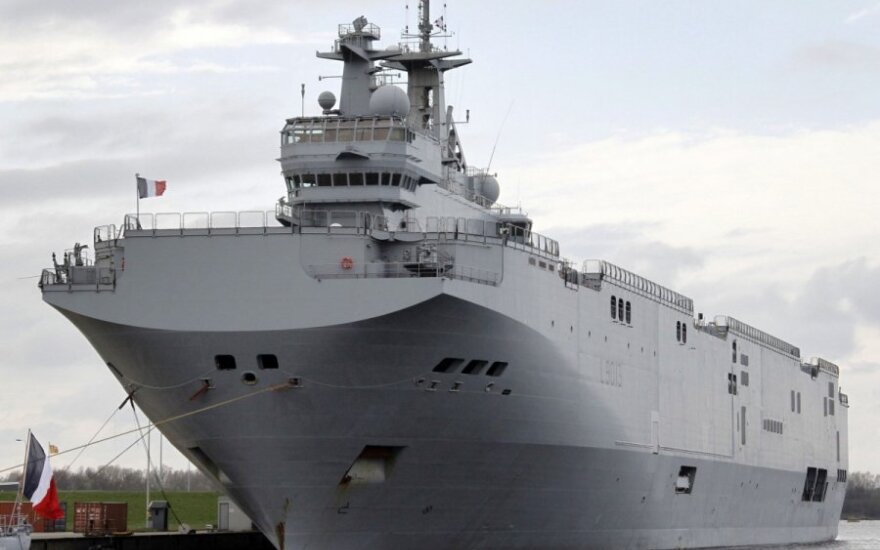 Grybauskaitė's comment was forwarded to BNS by her press service after diplomats in Brussels announced that arms embargo would be applied to future deals concluded by Russia. The decision means that France can continue sales of two Mistral warships to Russia for more than one billion euros.

Lithuania's permanent representative at the EU, Ambassador Raimundas Karoblis, who was present at the consultations, admitted that Lithuania expected a tougher decision.

"The arms embargo will only apply to new deals concluded after the enforcement of the decision. Of course, this is less than Lithuania wanted but it is the first decision, and political struggles and political processes will probably continue in connection to other things," said Karoblis.

He said EU ambassadors also agreed to expand the black list of officials and companies, ban investment in Crimea's key economic sectors, halt trade in shares of a few Russian companies, and restrict sales of certain technologies. The sanctions will apply to Russia's national commercial bank, as well.

This is the first time the EU has launched economic sanctions against Russia. The tougher measures on the part of member-states came following the crash of a Malaysian airliner in Eastern Ukraine. The Western world maintains the airplane was shot down by pro-Russian separatists, who received weapons from Russia.

A decision on whether to deliver a second Mistral helicopter carrier to Russia will depend on...

Lithuanian Minister of Foreign Affairs Linas Linkevičius, who arrived for a meeting of EU foreign...