BNS
Lithuania could help Ukraine with the restructuring of government reserve, promotion of exports as well as with advice on operations of a centre of registers, Ukraine’s economy minister believes. 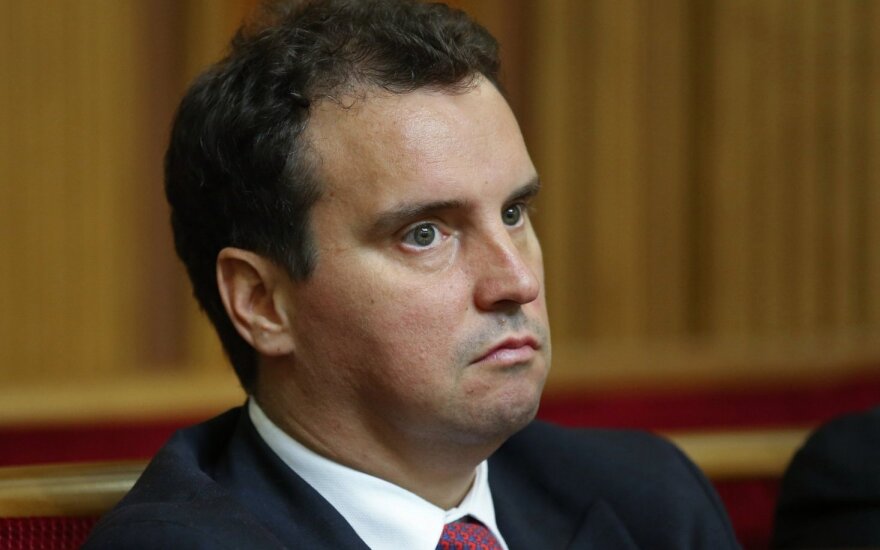 “It’s the restructuring of government reserve where we’ve recently appointed a new chief. In line with my general personnel policy, that person does not have previous experience of governmental work… Lithuania could be very helpful with the promotion of exports,” Aivaras Abromavičius told reporters after a meeting with Prime Minister Algirdas Butkevičius in Vilnius on Monday.

Ukraine is now considering the pros and cons of attracting investment and promoting exports through separate institutions or through a single institution, he said.

He admitted that it was not easy to implement reforms in Ukraine, in particular as the country’s parliament supported less than a half of government’s initiatives.

“Sometimes we lack that support in parliament, which is sometimes busy with its own affairs… At present, just 44 percent of laws adopted by the government receive backing at parliament,” the minister said.

Abromavičius, who originally comes from Lithuania, has lived and worked in Ukraine for some 20 years. From 2002, he headed the Kiev unit of investment management company East Capital. Last December, he was appointed as Ukraine’s economy minister.

The reforms underway in Ukraine should be completed as soon as possible, and the country's...

Many Lithuanians follow closely developments in Kiev, where Aivaras Abromavičius , a 39-year-old...