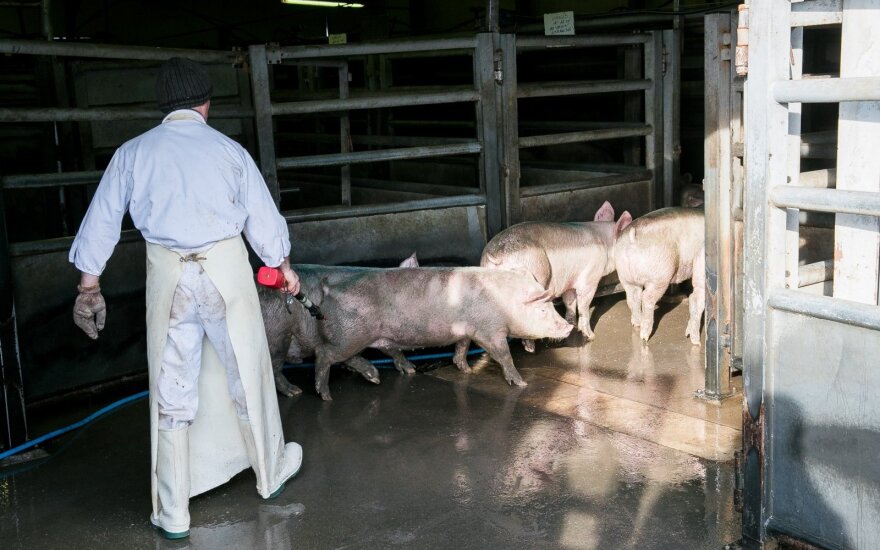 "It is not acceptable that the pigs that are bred by Polish farmers are overfed, and pigs from the red zone, from our neighbor, are imported to Poland," Ardanowski motivated the decision.

According to data from the Lithuanian Food and Veterinary Service, ASF outbreaks show no signs of shrinking as 1,314 ASF cases with wild boars and 51 cases with domestic pigs have been registered in 11 months of 2018 in Lithuania. In whole 2017, 1,328 ASF cases in wild and 30 domestic ASF cases were registered.

"This is not fair, it violates free trade in the European Union, that pork is healthy, safe and additionally checked," said Surplys on Friday.

Lithuanian Agriculture minister says he hopes the possible restrictions from Lithuanian side would work in case diplomatic measures don't help.

The meeting with the Chief Veterinary was also attended by Lithuanian European Commissioner for Health and Food Safety Vytenis Andriukaitis.

"We agreed that we would discuss the issue in the European Commission," Andriukaitis told local media after the meeting.

An outbreak of swine fever has been recorded on a pig farm in Lithuania's northern district of...

Lithuania's Ministry of Agriculture plans to allocate 3 million euros for measures aimed at...

Poland has officially cancelled a ban on pig imports from the major part of Lithuania, Lithuania's...