BNS EN
aA
After the Russian actions changed the security situation in Lithuania for the worse, troops of the United States' Special Operations Forces were stationed in Lithuania, the Defence Ministry confirmed on Tuesday. 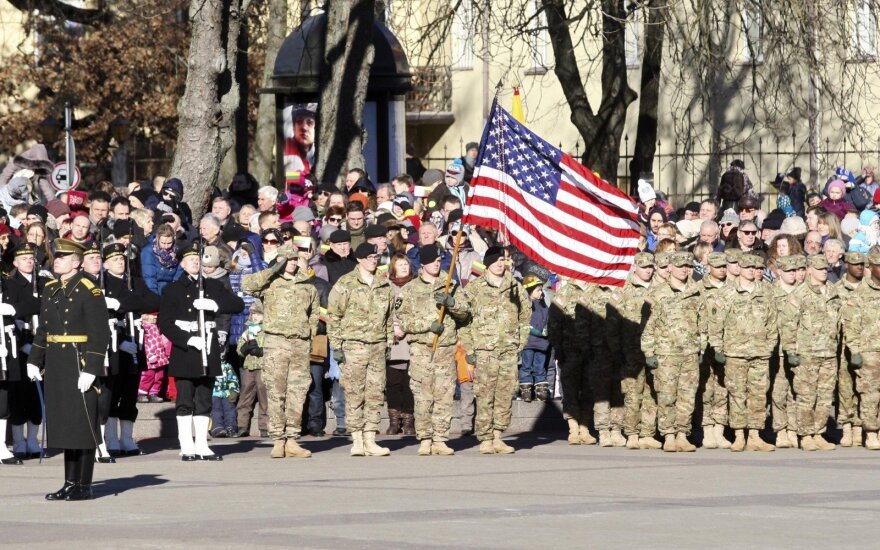 "Presence of troops of the US Special Operations Forces in Lithuania is one of the measures of deterrence and a form of long-term cooperation with the US forces. After arriving in the region at our invitation, they will stay as long as the regional security situation requires," Asta Galdikaitė, spokeswoman for the ministry, told BNS.

Arrival of the US special operators in the Baltic states was on Sunday reported by US daily, The New York Times, which said that a few dozen of troops had arrived in the past few months.

The ministry said troops of US and Lithuanian Special Operations Forces actively take part in various bilateral and multilateral military events and trainings across Lithuania and the region, which "helps improve mutual interaction, boost defense capacities and demonstrates a strong US commitment to our region."

Lithuanian and US special operators cooperated in a mission in southern Afghanistan in 2002-2015.

The State Security Department's Chief Darius Jauniškis, former commander of the Special Operations Force, told journalists at the parliament on Tuesday that "the deployment is a strong response to Russia, showing that NATO and other countries would not put up with Russia's aggression in the region."

After Russia annexed the Ukrainian Crimea region, a company of US troops has been stationed in Lithuania, Latvia, Estonia and Poland each since 2014, with plans to send another US brigade to Eastern Europe next year.

US President-Elect Donald Trump caused alarm across Europe during his election campaign by stating that his decision on Allied defence would only be made after assessing whether other NATO members meet their commitments. Lithuania and the US hope to sign a deal on the status of troops before Trump's inauguration.