the Lithuania Tribune, LRT
aA
Lithuania cannot stay silent about the situation in Palestine, said a Lithuanian social worker who was recently denied entry to Israel. 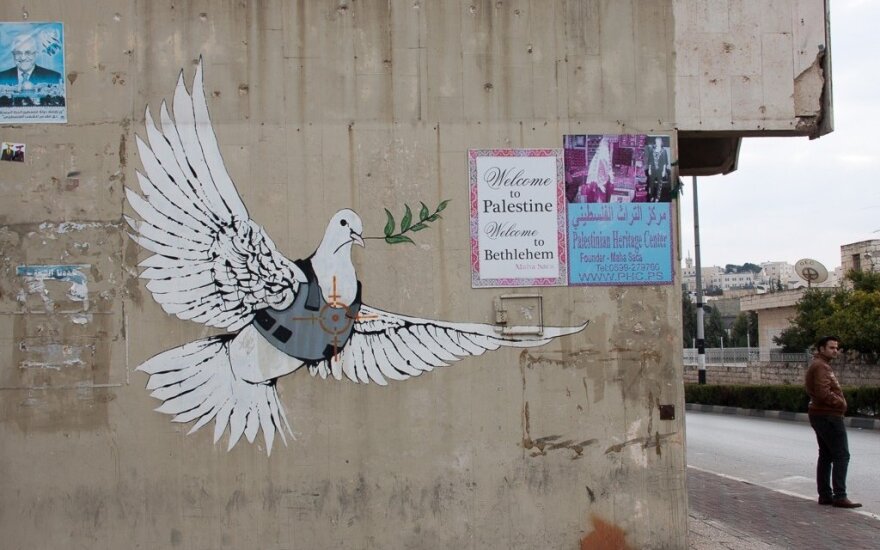 Lithuanian social worker Gabrielė Tervidytė was stopped by Israeli officials at Tel Aviv's David Ben-Gurion Airport last week and kept in detention for five days before being sent back to Lithuania and banned from entering Israel for 10 years.

Tervidytė believes it has to do with her work in the West Bank, where she has been involved in projects working with Palestinian children.

"As a social worker, I was working with children," Tervidytė told LRT. "There are hundreds of various NGO workers working there. Many get deported by Israel. There are members of the European Parliament, foreign government ministers whom Israel would not allow to enter the West Bank. It seems sometimes that Israel is doing whatever it wants with impunity."

She said she first started working with children in the Palestinian territories in 2002, after being invited by a British NGO.

"I went there to do my job, without any ideas about politics. But after spending some time there, I realized that things were happening in the 21st century that were simply incomprehensible. I think Lithuania cannot remain silent. We need to broaden our understanding of this," Tervidytė said.

She set up an organization, "Solidarity with Palestine", in 2011. "It was intended as a civic initiative and a meeting point for like-minded people, because then, just like now, no one in Lithuania would talk about Palestine in an informative and objective way. But when we created the organization, we discovered that there were people interested in Palestine, only they didn't have a place to discuss it," according to Tervidytė.

Tervidytė is meeting officials at the Lithuanian Ministry of Foreign Affairs on Wednesday to discuss the incident.

Eduardas Borisovas, director of the Department for Latin America, Africa, Asia and Oceania at the Lithuanian MFA, said that Tervidytė's deportation should not affect relations between Lithuania and Israel which are better than ever.

The Israeli Embassy in Vilnius said in a statement on Monday that "Israel, like any other sovereign and democratic state" had the right not to allow people that raised suspicion enter the country.

Meanwhile Lithuanian Foreign Minister Linas Linkevičius said on Monday that "the interests of our citizens is a priority and we will always defend them within reason".

Lithuania will not compromise the interests of its citizens for the sake of better relations with...

Gabrielė Tervidytė, a Lithuanian national who was detained in an Israeli airport last week,...

The mother of Lithuanian citizen Gabrielė Tervidytė who has been detained in Israel as “a threat...

Lithuanian in Israel detained in relation to national security threat

Lithuanian citizen Gabrielė Tervidytė has been detained in Tel Aviv, Israel , as a threat to...

Activists in Vilnius rally in support of Palestine