LT Daily, media brief
aA
World-renowned neurosurgeon, scientist and entrepreneur Professor Teodoro Forcht Dagi believes that Lithuania can become an innovative economy on a level with other Western European countries if the relationship between science and business is strengthened and promoted by the state. 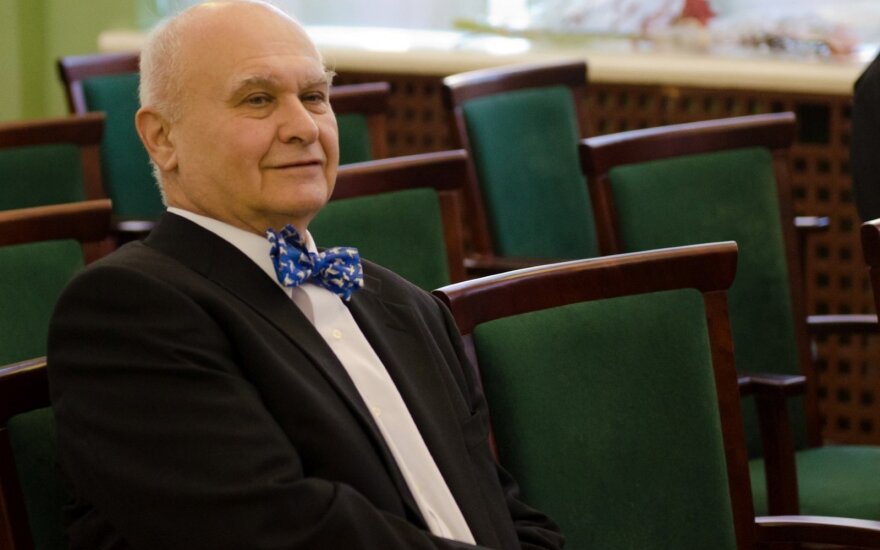 “In the long term Lithuania should find capabilities to finance and support the introduction of new technologies into the market. It's very important to do so to start exporting Lithuanian science and technology and earning the reputation of a country in which science and business can successfully cooperate and attract capital,” said Dr Dagi, who has successfully managed venture capital funds investing in early stage biomedical companies.

The famous neurosurgeon is a board member of Kaunas and Boston-based company Vittamed, which introduced a ground- breaking innovation to global market – a non-invasive intracranial pressure absolute value gauge developed by Kaunas Technical University scientists.

Professor Dagi believes that the Vittamed product which he said is a world-first can become Lithuania‘s innovation business card.

Dagi stressed that Lithuanian scientists have huge potential and are already getting international recognition, but that this was only the start of becoming an integral part of large, important international scientific projects and attracting international investment and capital.

He said the first step was to open up Lithuania inventions, innovations and technologies to global organisations and businesses.

Dagi who has recently became the Honorary Doctor of Kaunas University of Technology, holds faculty appointments at Harvard Medical School, where he is a member of the Academy, and at Massachusetts Institute of Technology (MIT). He is a graduate of the Johns Hopkins Schools of Medicine and of Public Health, completed a neurosurgical residency at the Massachusetts General Hospital, and held the Joseph P. Kennedy Jr. and the Neuroresearch Foundation Fellowships at Harvard University.

Dr Dagi has deep interests in medical innovation and in translational surgery. He is credited with developing the first cerebellar stimulating systems for intractable epilepsy and early artificial-intelligence-based decision support systems for neurosurgery.

The first transplantation of corneal endothelium, the inner layer of the cornea, has been performed at...