BNS
aA
At a meeting of the United Nations Security Council on Friday, the Lithuanian ambassador called on Russia to withdraw troops from Ukraine and refrain from actions which would mean a de facto annexation of Abkhazia. 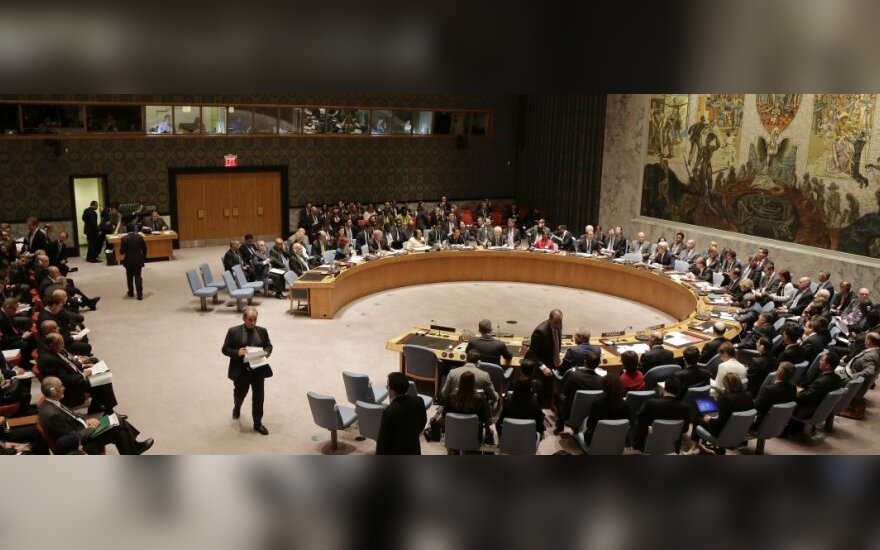 Lithuanian Ambassador Raimonda Murmokaitė said during the meeting in New York that pro-Russian separatists are violating a ceasefire in eastern Ukraine, carrying out daily attacks near Donets Airport and "Russian soldiers continue to die on the Ukrainian soil."

"Sophisticated Russian military equipment, multiple rocket launchers, tanks, and ammunition continue to cause death and destruction on Ukraine’s soil, and the border remains wide open for the comings and goings of men in military fatigues and Cossack uniforms," the diplomat said.

Russia has so refused to condemn these crimes, therefore, Russia's reports on the alleged use of cluster bombs in Ukraine is quite "ironic". The claims were made by non-governmental organization Human Rights Watch but its representatives added that banned weapons could have also been used by separatists and Russia itself, Murmokaitė said.

She invited Ukraine to join the Oslo Convention, which would be "the best antidote to any further speculations to this effect."

According to the Lithuanian ambassador, the success of the ceasefire in Ukraine will mainly depend on Moscow's actions.

"The only viable solution is one that fully respects Ukraine’s sovereignty, independence, unity, and territorial integrity, with Crimean as its integral part. Russia must immediately withdraw all its armed formations, military equipment and fighters from the territory of Ukraine, stop supporting and arming the separatists and unequivocally condemn the illegal elections planned by the separatist commandos. Permanent monitoring and verification on both sides of the Ukrainian-Russian state border must be ensured," she said.

The Lithuanian ambassador also paid attention to the situation in Georgia's separatist region of Abkhazia which Russia is inviting to sign a special agreement.

"Russia should stop escalating tensions in the wider region. The recently proposed draft agreement on alliance and integration between the Russian Federation and the surrogate republic of Abkhazia is nothing else but a de facto annexation of an integral part of Georgia," Murmokaitė said.

Lithuania is anon-permanent member of the UN Security Council in 2014-2015.

The Ukraine issue must be kept in focus of the international community's attention and the Russian...

Lithuania torpedoes all constructive international initiatives dedicated to solving the problems in...