BNS
aA
Lithuania's Ministry of Foreign Affairs on Tuesday called on the Government of Israel to stop the expansion of Jewish settlements in East Jerusalem and the West Bank. 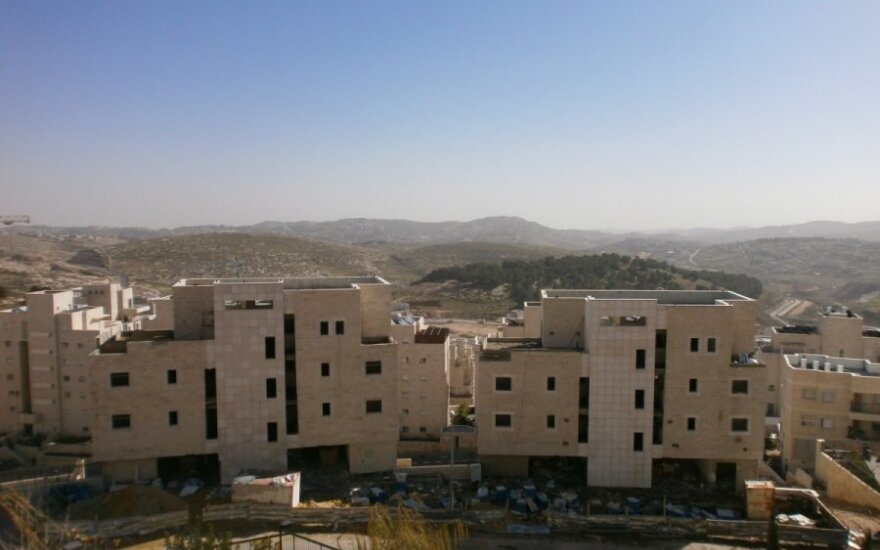 "The Ministry of Foreign Affairs of Lithuania is concerned about the Government of Israel's decision to expand settlements in East Jerusalem's Givat Hamato area. The European Union's position on the settlement issue is long-standing and clear. Settlements are illegal under international law and hamper peace. We are calling on the Government of Israel to review its decision and stop the expansion of settlements in East Jerusalem and the West Bank," the ministry said in a statement.

It also said Lithuania has always been in favour of the two-state solution that envisages an independent State of Palestine alongside the State of Israel, peacefully and safely co-existing side by side.

"Any unilateral actions hamper the reconciliation process and make the two-state solution even more distant," the Lithuanian foreign ministry said, calling on both sides to refrain from actions that would prevent the resumption of peace talks. It also called for the resumption of talks on a long-term peaceful solution as soon as possible.

Israeli-Palestinian talks on a long-term truce broke off in April. They were followed by a 50-day-long conflict in Gaza and its surroundings in July and August, leading to the death of almost 2,2000 Palestinians and more than 70 Israelis. It ended on Aug 26.

Lithuania is among Israel's strongest supporters in the European Union and usually does not support the Palestinians' initiatives at the United Nations.

Amir Maimon to be appointed Israel's first ambassador to Lithuania

Diplomat Amir Maimon should be appointed as Israel 's first ambassador to Lithuania.

Israel does not consider exporting natural gas to Lithuania yet

For the time being, Israel may consider exporting natural gas only to Southern Europe, while the...