The Lithuania Tribune, BNS
aA
The Lithuanian government has decided to call a national day of mourning in tribute of victims of Tuesday's terrorist attacks in Brussels. 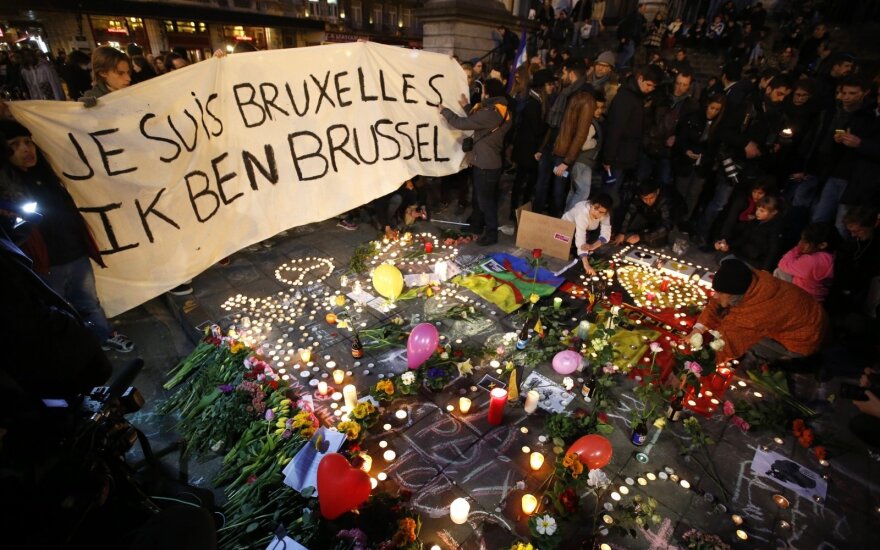 The minister cabinet met on Wednesday morning to discuss the proposal.

The day of morning will begin at 7 AM on Thursday, local time, and last until 10 PM.

The day of mourning is an expression of "solidarity with terrorist-hit Belgium and tribute to the victims of the terror attacks," according to the Government's statement.

While Prime Minister Algirdas Butkevičius is on a visit in China, the meeting is chaired by Finance Minister Rimantas Šadžius.

"Yesterday an attack was carried out against the city of Brussels, the state of Belgium, which is our partner. It is a hospitable city that welcomed the key European Union institutions into its heart: the European Parliament, the European Council, the European Commission," Šadžius said during the meeting.

"The tragedy affects all of us, Lithuanians, who are part of the European Union," he added.

At least 35 people died and 200 were injured during explosions in Brussels Airport and a central metro station on Tuesday.