BNS
aA
With Belarus gearing up for the launch of its nuclear power plant in Astravyets, Lithuania is working to put in place additional monitoring capacities that would ensure rapid response to any danger, Environment Minister Kestutis Mazeika has said. 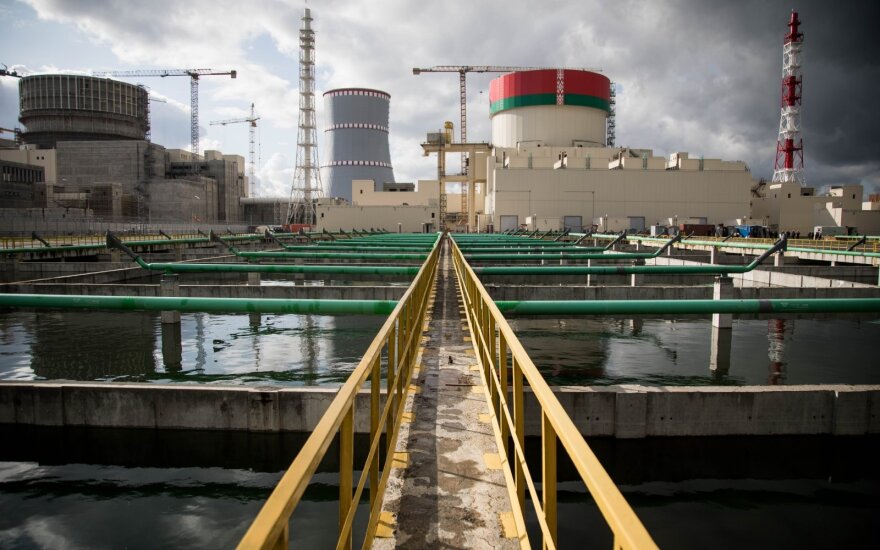 “We are being alert and are making preparations, which include the monitoring system, registration of radiation and any leakages and measures to ensure rapid notification of people, decision-making and the maximum shortening of the response time, as well as efforts to bring together the respective institutions and capacities so as to be able to inform, as soon as possible, the people living nearby and all across the country,” he told the Ziniu Radijas on Thursday.

Mazeika also spoke about ongoing cooperation and exchange of information with competent authorities in Belarus.

“We have information exchanges among the specialists and coordination of relevant mechanisms at the agency level. Also, we seek to have radiation sensors installed not just on our border but also at the nuclear facility, which would let us shorten the response time even further as well as … monitor the situation,” the minister said.

The Lithuanian government says the Astravyets plant, located some 50 kilometers from Vilnius, fails to meet international safety standards, an allegation that Minsk denies.

Lithuania has been trying since early 2016 to convince its neighbors and the European Commission to agree on barring access for Astravyets electricity to the EU market, but it has achieved limited results so far. Its talks with the other two Baltic States are still ongoing.

Lithuania is reintroducing a visa fee for Belarusian citizens coming to Lithuania as of July and it...

Discussions on the safety of the Astrayets nuclear power plant in Belarus , set to be launched in...